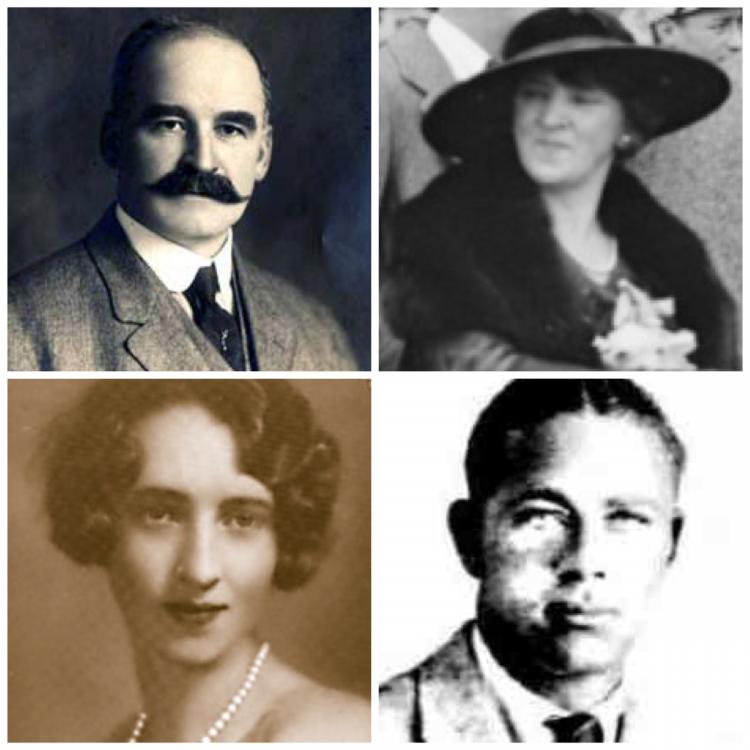 Joseph John (JJ) Lannin, born in Lac-Beauport, Quebec to parents of Irish immigrants, who was the ninth out of ten children, impressively beat all odds and went on to change American history.

After being orphaned at 14, he started walking from Quebec to Boston to follow his dreams. Although JJ accomplished amazing career goals and became a very wealthy individual, he was not a man who ever forgot his impoverished roots. And, what people don’t know about him is that his true passion in life was his family–his personal fortune and business holdings were secondary when it came to family. Like JJ, I was raised to understand and respect the value of family.

The Lannin family tree grew when JJ (top left) married Hannah J. Furlong (top right), a strong, independent, supportive, and loving woman. They had two children: a daughter Dorothy who was my grandmother (bottom left), and a son Paul (bottom right) my great-uncle. Grandmother Dorothy married Harry Alphonse Tunstall and they had three children: their eldest son is my father Harry, a daughter Dorothy, my aunt who passed away a few years back, and the youngest being Robert my uncle. Paul Lannin never married and focused all of his time on his Broadway pursuits working with George and Ira Gershwin, Fred and Adele Astaire, and The Ziegfeld Follies to name a few.

My grandmother Dorothy was devoted to helping her community, churches, and raising the next generation of the Lannin and Tunstall families. To this day, it is difficult for my father to even mention his mother’s name because my grandmother died at the early age of 42 when my father was still in college.

Beginning next week, I’ll paint a picture of the Lannin family that will inspire, and even shock, my online followers. Was the Lannin family cursed? Where did millions of dollars disappear to after JJ’s death? Who burned my grandmother’s estate to the ground on the eve of her return from her honeymoon? Why was Hannah Lannin buried in a potter’s field? What led to JJ falling out of a window nine stories to his death? Why wasn’t JJ’s Last Will and Testament ever found? Why did Hannah get court action to have the Lannin family vault opened? Why was Paul Lannin detained by police?

Check back on Tuesday as I begin to answer these questions, and many others, that until today have been closely guarded by my father and myself.