Surviving megaliths portraying Amenhotep III, from the ruin of his Valley Temple on the West bank at Thebes: 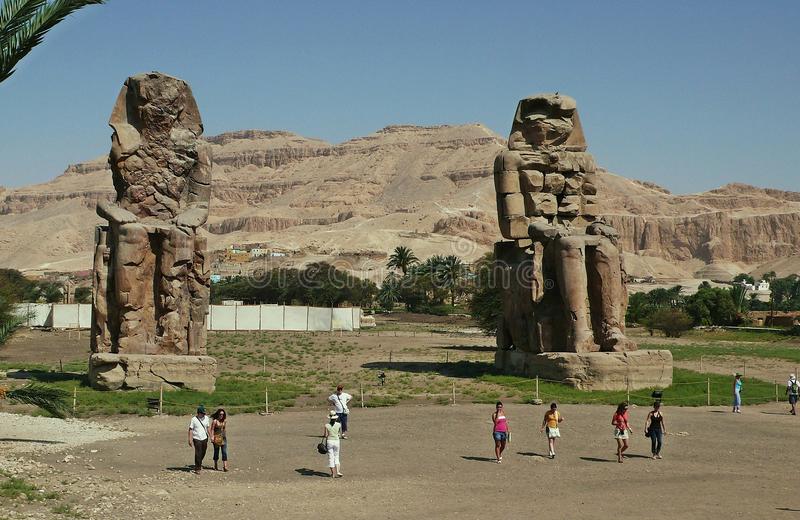 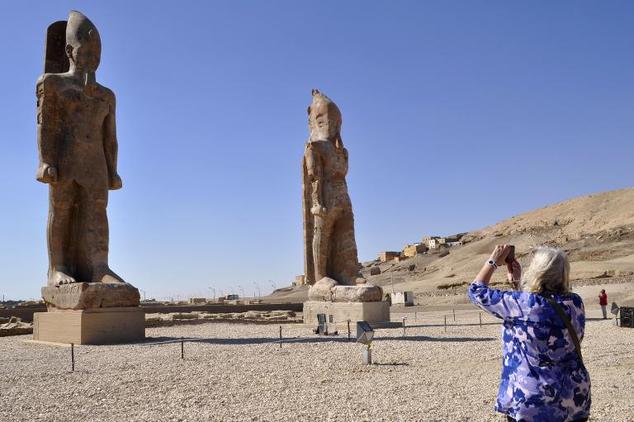 Amenhotep III was the most glittering of the Eighteenth Dynasty pharaohs; his long reign came at the material and political peak of that dynasty.  The prosperity and affluence of the kingdom was reflected exponentially in his personal grandeur and lavish display of wealth and power.  His funeral ceremonies would likely have eclipsed every other public or private ritual of the epoch.  The eldest surviving son would replace Amenhotep III on the throne of Egypt; initially he’d be called Amenhotep IV, but he would change his name to Akhnaten and turn the culture and religion of dynastic Egypt sideways.

In my last post I noted how that short poem had been interpreted in myriad powerful ways.  This to me indicates a significant work of art.  The American composer Philip Glass wrote his opera Akhnaten in 1983.  The first scene depicts Amenhotep III’s funeral ceremony, marking the shift from the glamorous setting sun of the old king and the god Amun toward the rising sun of Akhnaten and his solitary god, the Aten.  Glass's stunning music captures the particular quality of this heightened, grandiose moment in history.

Here are two videos that give different interpretations of this opening scene from Akhnaten.  The first is taken from an excellent live performance of the opera from 2013 by the University of Indiana; the second video is a free adaptation of the music to a video montage that harks back to ancient Egypt, but takes it in a different, modern direction.  Both of them are thrilling in their own ways.  Each is not long:  @ 10 minutes.