One reason why Yeats is so highly regarded is that his themes are timeless.  This next poem is long (I'll only show part 1--the most famous section) and grounded in its own era, but razor sharp and relevant to our current zeitgeist. Enjoy.

Many ingenious lovely things are gone
that seemed sheer miracle to the multitude,
protected from the circle of the moon
that pitches common things about. There stood
amid the ornamental bronze and stone
an ancient image made of olive wood --
and gone are Phidias' famous ivories
and all the golden grasshoppers and bees.

We too had many pretty toys when young:
a law indifferent to blame or praise,
to bribe or threat; habits that made old wrong
melt down, as it were wax in the sun's rays;
public opinion ripening for so long
we thought it would outlive all future days.
O what fine thought we had because we thought
that the worst rogues and rascals had died out.

All teeth were drawn, all ancient tricks unlearned,
and a great army but a showy thing;
what matter that no cannon had been turned
into a ploughshare? Parliament and king
thought that unless a little powder burned
the trumpeters might burst with trumpeting
and yet it lack all glory; and perchance
the guardsmen's drowsy chargers would not prance.

Now days are dragon-ridden, the nightmare
rides upon sleep: a drunken soldiery
can leave the mother, murdered at her door,
to crawl in her own blood, and go scot-free;
the night can sweat with terror as before
we pieced our thoughts into philosophy,
and planned to bring the world under a rule,
who are but weasels fighting in a hole.

He who can read the signs nor sink unmanned
into the half-deceit of some intoxicant
from shallow wits; who knows no work can stand,
whether health, wealth or peace of mind were spent
on master-work of intellect or hand,
no honour leave its mighty monument,
has but one comfort left: all triumph would
but break upon his ghostly solitude.

But is there any comfort to be found?
man is in love and loves what vanishes,
what more is there to say? That country round
none dared admit, if such a thought were his,
incendiary or bigot could be found
to burn that stump on the Acropolis,
or break in bits the famous ivories
or traffic in the grasshoppers or bees. 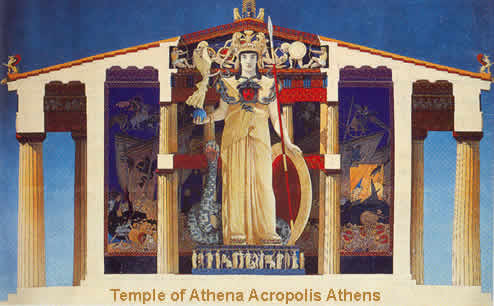