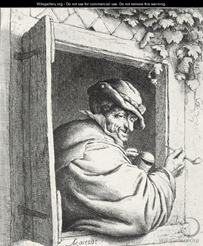 Being conned, what to do?

October 4—“Above all, confidence! When you have an anxiety and you can do nothing about it, just think, ‘He will straighten that out for me’—and go back into the peace within Me.”

Bossis, Gabrielle. He and I (Kindle Locations 630-632).
Pauline Books and Media. Kindle Edition.

I received a letter from one of the prisoners that I am corresponding with.  I will call him Jason.  He is 55 years old, and in jail for three different felonies.  Parole violation, possession of narcotics, as well as having a concealed weapon, and he was also under the influence of alcohol.  At this time he is in a program, in jail, trying to help him deal with his two addictions.  He is part of the opioid epidemic and where I live, we are now in an area rife with drug problems.

I first meet Jason on the afternoon of Fr. Anthony’s funeral.  I was walking out by the front entrance of our retreat house when he drove up and started talking to me.  He told me that he knew Fr. Anthony, and that he helped him out quite a bit.  I took the bait and asked him how.  He said that Fr. Anthony would give him gas money, to be able to get to the pain clinic that he went too.  He told me that he had serious back pain.  So I helped him out with gas money.  After that, he started dropping in unexpected wanting more money for different needs.  I guess I helped him out three times before I begin to see that he was a con artist and simply lying to me.  I have come to the conclusion that he did not know Fr. Anthony, but saw the time of the funeral in the local newspaper.

So on one occasion he came out and wanted to talk.  I told him that I could no longer help him with any money.  This did not deter him.  He told me that he simply wanted to talk and pray with me.  He also said that the other times he came out.  So went into the room used for that purpose.   He started talking, and after about 15 minutes he stating relating to me how he needed someone to help him with his phone, it was disconnected.  I did not respond, so he talked about something else, then asked if I knew anyone who could help him.  So I responded that I could not help him with the phone and I needed to do some work, and ended the conversation.  So he left.  I guess he came out a couple of more times, just dropping in, saying he wanted to talk and pray….but it was a ploy to try to get money out of me.  So I finally told him not to come back, not to call, that I could not help him anymore.

About three months later I got a letter from him.  He was in prison.  He did not tell me all of the charges, I found the reasons for his arrest, on the internet database for prisoners.  He told me that they were going to send him to a rehab facility.   He wanted my phone number, so he could call me.  So when I sent him my first letter, I let him know that if he wanted to write me, I was fine with that, but I would not send him my phone number.

He then wanted me to come to his graduation and drive him home when he was released.  Yet he has no home.  So I had to write back and tell him that I could not do that, he needed family and friends to be there for him.  I also told him that he could not stay in our retreat house until he got his addiction problems under control.  I have learned that I can’t let people who are in Jason’s condition into the retreat house, they try to con people out of money, and will steal if they can.  One couple, that I made the mistake of letting them stay here for a few days, caused a lot of chaos, they were stealing everything in sight.  After I called the police, they went to jail for a while because of their stealing from the other guest.  It only happened once, but that is enough. So in his last letter, he started pushing hard to come and stay in our retreat house.  After I told him in three previous letters that that was impossible.  I tried to be gentle in my earlier letters, about how he could not stay here, nor could he depend on me to help him anymore.

So in my last letter, I was not harsh, but I guess you could say I was hard.  I did not know what else to do, since he was pushing me, trying to manipulate me into allowing him to come and live at our retreat house.  Since he had no car, nor driver’s license, from my past experience with him, he would expect me to drive him everywhere, perhaps even to his meetings.  He will have to go to 90 meetings in 90 days.

I started the letter off with this statement:

“Jason, it will be to your benefit to not look upon the Monastery as a place to come at this time.  I know you are trying, but again, at this time of your life, the last thing you need is a place that is quiet, without any distractions.  Connect with the AA community, do the program, and stop trying to find people who will take care of you.  Don’t forget, your whole relationship with the Monastery was a place to come out and get money.  I know now, that you probably used the money for drugs etc.  In the past I allowed two people to stay here who had your problems.  I regretted it.  They stole from us and tried to con people out of money.  I had to call the police and both of them went to prison for the thefts.  So, yes, I do not trust you enough to allow you to stay in our retreat house.  I think you need to understand that if you are having trouble finding people to help you, you need to ask yourself…why”

For some reason, I wanted him to understand why I could not let him stay.  When he writes, he does not seem to consider that his lying has any repercussion on his life or relationships.  He seems shocked when I simply will not do what he wants, or give him what he needs.

I knew from my past experiences with him, and how he responded to my earlier letters, that he would not really take what I wrote seriously.  So I added another paragraph to impart to him how serious I am:

“So please, when you get out, do not come back to the retreat house.  If you do, I will call the police and have you taken off of our property, which is private property. I know this sounds extreme, but like I said, I can only help so many people, so many times, and you are way beyond the limit.  If you wish to simply come out to the grounds to pray, that is ok.  However, if I get any complaints that you are bothering people, I will again, call
the police, and have you removed.  ”.

I really hated writing that, but if I did not, he would still believe that he could simply come out and try to wear me down.  Believe it or not, I am concerned for him, but really can’t do much, but speak the truth as I see it.  Even if he does not take any of it too heart.

I do think in life there are situations that are in reality impossible.  All I can do is to work on having healthy boundaries.   I am still learning how to deal with these situations, and I know I do make mistakes in both directions.  I am not really sure I made the right choice here, but I have found that ‘gut’ is usually on target, more than the heart is.  I do believe that there is hope for him and that my continuing to let him manipulate me, would, in the long run, be more harmful to him.  In the short run I can help someone once or twice, but after that, I simply tell them that we are not an agency.  There are of course a couple of exceptions.  For I do believe that most people have those that they help over a long period of time because they feel that they simply should.  So my gut tells me that as well.  These people do not take advantage, but allow me to help in my own small ways.  That is the difference.

My heart gets heavy, and at times anxious, over these matters and I try to not allow bitterness to rise up.  Even those who con, and lie, are seeking to get by, but are doing it in a self-destructive way.  They often end up alone, the position Jason is finding himself in.  He has used up his friends, and his family keeps him at a distance.  Yes, it is sad, but I have learned that I can’t change anyone, nor can I live their life for them, nor become their caregiver.  If I tried, I would burn out, become angry and bitter, and end up not being able to help anyone.  One day, I will no longer be guest-master here.  I will simply be a monk in the Monastery with other duties, and be free of this balancing act.—Br.MD