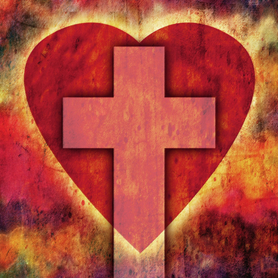 Many roads to the one gate

“I have another temple—your soul in a state of grace: a state of Me-in-you, since
grace is your Christ. Who can ever know the joy it gives Me to be loved there, even if the love is feeble.
Do you know what it is to feel at home in a soul? To be the one waited for, the most loved, the most understood,
the head of the household even though I am so ready to fulfill the desires of this one who lives for Me alone.

Bossis, Gabrielle. He and I (Kindle Locations 3535-3538).
Pauline Books and Media. Kindle Edition.

I have the honor occasionally to hear the 5th step from men in recovery.  It is difficult for them since they have to go over those parts of their lives that need healing, as well as seeking to make amends to those that they hurt.  The healthier we become, the more we are able to look inward and begin the journey of self-discovery.  That is what humility is.  To be able to see without fear, or too much anxiety, what is not perfect, wounded, and even aspects that could be called evil that we discover.

I was listening to one man giving his 5th step.  It was powerful, and it took a great deal of courage for the man to spend over an hour going over his life at the level of insight he achieved.  He was brought up Anglican but now follows a Buddhist path, along with his wife.  She became a Buddhist when she was a young girl growing up in Canada.  He told me how the meditation is helpful to him.   I have studied Buddhism, though I am far from an expert, and there is much that can recommend some of its practices for everyone.  It can give good insight into how the mind works, and how we can get trapped in an often self-created quagmire, haunted by strong desires, antipathies, a longing for revenge, and hatred of self, etc.  Mindfulness in our prayers and our silent mediations is helpful for everyone.  Repression, pretending that this inner swamp is not there only leads to more trouble.  True humility is impossible without self-knowledge.

I also told him that I was impressed by the Buddha’s compassion for all sentient beings, and felt that his arriving at that point, shows that he was open to grace.  I then asked him if he understands his childhood faith.  He responded in a negative manner.  So I recommend that he spend some time in learning what his faith tradition taught and had to offer.  There is more there than he might not now understand.  I did agree that I believe that God works through other religions, and Buddhism is an example, though it is not ‘Theistic’.

As we talked I said that what Jesus reveals, as the incarnation of God, a special revelation, shows us something that other religions do not have.  Though again, there is much good in them, and I believe shows the Holy Spirit at work in all hearts.  I brought up the word “Agape”, which is a special kind of love that Jesus revealed through his teaching, as well as how he lived, and how he died.  He forgave all, for Agape never stops loving, all other loves will end.

He had a daughter, and I told him that loving parents love for their children, is most likely the closest we can come to understand God’s love that was revealed through Jesus.  The parable of the Prodigal Son, for instance, brings this out.   For it shows the patient, compassionate, love of the Father for his wayward son, to an infinite degree.

In our everyday lives, we hear about love in our music, literature and yes in our different faith paths.  However, in the Christian path, God became man and revealed a love so deep and profound that it had to be revealed.  God is love, which is His nature, love, all-enfolding, and compassion for all.  Yet we can say ‘no’ to such a reality.   It is best not to try to figure out how that is done by others, but to focus on the reality that our hearts desire to love more than anything, but there is the mystery that could lead us to freely reject it.

So to love God just a little is still an opening for God grace to begin its work.  God is not proud since pride is based on some underlying falsehood.  No God is the servant of all.  A paradox, making no sense really, but at the Last Supper, Jesus showed how the love of the Father works, by washing the feet of his disciples, even Judas.  Also by the healing of Malchus, one of the men who came to arrest him, when Peter cut off his ear, in the garden of Gethsemane.  Most importantly by how he promised the ‘good thief’, that he would be with him in paradise, because he asked for love/grace/mercy, to enter into his heart.  We are all called to open our hearts and to allow grace to do its work.

We should not fear other faith paths, but learn to see Christ Jesus in all, and how following one's conscience, to seek, will lead to the embrace of the ‘Infinite’, the ‘Other’, as manifested in Christ Jesus, when that reality is revealed.

If others do not see Christ in us, if we are hostile, or angry, or demeaning in our approach to others who differ from us, it would be better to not say or do anything.  I do believe that ‘Theist’, can show the world a certain type of arrogance that is almost demonic and does great harm.  There is a reason why St. Paul asked us to pray for the greatest spiritual gift, which is love.  Which he wrote about so beautifully in 1 Corinthians 13.  We always have good reasons for whatever we do, hence our ability to forget that love is actually the greatest gift and replace it with false zeal.

One last thought.  It is important for all, no matter what their faith traditions is, to be firmly grounded in their own faith before exploring others.  We can always reach out to others, listen, and accept them.  However, we have nothing to offer if we do not understand our own faith tradition. Br.MD