The Belgian classic electronic band and the inventors of the genre EBM  Electronic Body Music was formed in 1981 by  Daniel Bressanutti och Dirk Bergen.  in 1981 they recorded their first single Principles with a four track recorder which was released on the record company New Dance in October.  Jean-Luc de Meyer  joined the band a month later and later on Patrick Codenys. Bergen left the band in 1983 and was replaced by Richard Jonkheere also known as Richard 23, Richard JK and R23. In october 1984 they released  No Comment which was the first time they recorded anything in a 24 channel studio. Patrik Codenys describes their sound as  "relations between EBM and bio-mechanics, and in our music we try to assert a compatibility between instinct, sweat, flesh, muscles, fever, and electricity, machines, computers and programs".

I could have been around 13 years when I first heard them and have been hooked on them ever since I have had the privilege to have seen them a couple of times they are absolutly awsome live if they stick to their old hard EBM sound. The latest time I saw them was in 2010 at Body Fest in Stockholm, once when I saw them they arrived without one of their drums who got lost in their flight and at the venue they announced in the speakers and asked the audience if anyone had a " roland s-10 " they could borrow. Now you may ask yourself if anyone actually owned the very same drum set or drum machine, yep some hardcore fan actually did cause it didn´t take long before they started to play.  :-) I have heard they got their name from looking at a box they once saw who had the word Front on it and then they just added the numbers 242.

Took these photos when I last saw them in 2010. 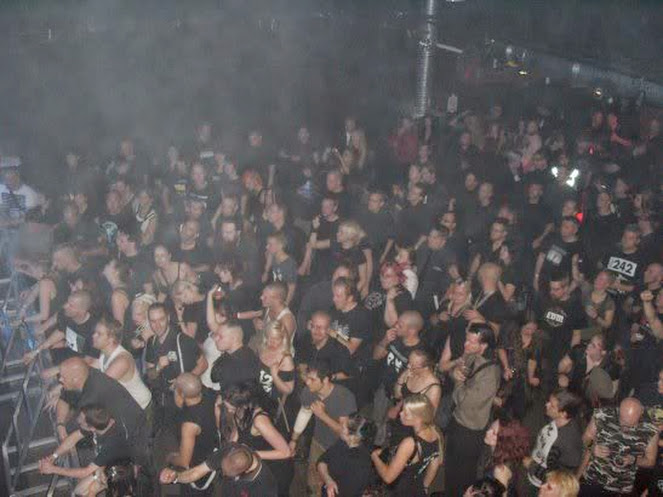 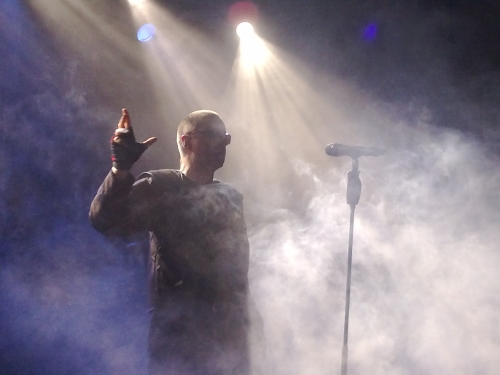