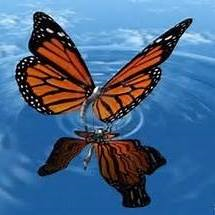 A death in my extended family

Peggy is a second cousin of mine.  I have grown quite close to her over the years.  In fact, I am touched that she has always reached out to our side of the family.  I do feel a connection with my family of both my mother and my father’s side.  However, we moved to Panama in 1958, so the connection has not been all that strong.   It is also a large family.  I have many cousins as well as nieces and nephews, many that I have not had the privilege of meeting.

Peggy called me early last evening to let me know that the wife of one of my cousins was dying.  Her name was Jane, and I am sorry to say that I did not know her.  I met her a couple of times but never had the privilege of spending any time with her.  She had a difficult life with a chronic health problem that caused her a great deal of pain.  It was a long road for her and now she is at peace.  From what Peggy told me, she was in hospice.

When I got up this morning, I found a text from Peggy letting me know that Jane died last evening.  While I did not know her, I still felt some sorrow, because of her husband (Tommy), and children, who have lost someone they truly loved.  It is never easy, losing a loved one, and the loss really never goes away.  This is, of course, something that most people have to go through.

The most common event in this world is death.  Both of loved ones, and yes, well, one day, mine.  I can be sure of that…. I will die, just another human being departing from this beautiful, lovely, painful, and at times, ugly world.  Yet a wondrous place to pass through.  Jane had a difficult passage for many years, but now she has moved on.  She got through it, as we all will.  Not an easy journey for anyone I believe, but just one day at a time, doing the best we can, is about all we can do.

Our lives are a seed, and at death, that seed is planted and will bear fruit.  From what I heard about Jane, she was a kind person and loving…..who had a heavy cross to bear.

During the mediation period this morning, I was praying the ‘Chaplet of Mercy’, and in a special way, I remembered Jane.  It is a simple prayer, which in reality prays for ‘everyone’, especially for the dying.  As I was slowly saying this very simple prayer on my rosary beads, the parable of the Good Shepherd came to mind.  It is the notion that God, Jesus, will leave the ninety-nine, to seek out the ‘one’ who has wandered.  As I was thinking of Jane, and all of mankind (myself included), it struck with force, that all of us are the ‘one’ that Jesus goes after.  There is only ‘one’ for God.  For each is loved as if he or she is the only person in the world……such is Infinite Love.  Yes hard to grasp, and perhaps one of the most difficult things to believe.

So Jane, a woman I did not really know and did not think of really, is before God, the ‘One’ that he will leave all others to seek out.  Suddenly, I understood that every human being is so precious before God, and that is what Jesus came to reveal, we are all precious.

One may ask, well that is all well and good, but what about her suffering?  Well yes, that is a question, but is it a problem?  I don’t like suffering, I hate it actually, yet we all suffer, and we all die.  Christ Jesus suffered and he died.  In the Garden of Gethsemane, he asked that his suffering, be taken away, yet it was not, for he did say if it is according to the Father’s will…..so he suffered.  On the Cross, he cried out in despair, feeling the aloneness/alienation of all of humanity, as we each feel it, so his experience was so profound that I doubt any human would have been able to bear it.  So he died, a loser, or so it seemed at the time.  Yet what happened (?)……he rose from the dead, his love, his not seeking to escape pain through the many forms of self-medicating that we humans do, that is, in the end, is self-destructive, he overcame, because he never stopped loving.

Jane was part of his suffering.  Her life, her joys, her sorrows, all were taken up into the heart of Jesus Christ…..or as Catholics like to say:  “His Sacred Heart”.  A heart that was fully human, loving, and a state that we are called to achieve, grow into, by graces free gift.  This can easily be forgotten, the reality of the Risen Lord, that we Christians are asked to Incarnate in our lives.

Jane had faith, she trusted in Christ Jesus, yet she suffered, greatly, and I am sure going through many days of inner desperation, and perhaps at times felt near despair, yet she ran the race, and I will pray for her that her deepening incorporation into the Body of Christ will usher into the joy of being in the presence of the God who loved her so much, that he left the ninety-nine to seek her out…….we are all the 'one' God seeks.  When that is lost, then the central message, that is presented so strongly both in the parable “The Good Shepherd”, and the story of “The Prodigal Son”, the core of our faith is lost.  When the mystery and sense of “Agape” are watered down, all we have is just another bland, watered down, salt-less, faith to pass on. —Br.MD