So. I've been haunting Discord and Mastodon. https://chatrooms.talkwithstranger.com seems to be 'where it's at' in terms of sheer entertainment and human zoology -- and yet, https://www.unexplained-mysteries.com (in my opinion) remains home of all the most spiritual and thoughtful folk.

And I've been thinking. One of the main narratives of Brexit, as told in a thousand broadsheet fluff pieces and opined by a thousand talk radio hosts –is that the main horror that’s befallen us is not the referendum result _per se_ but the fact that we’ve all turned against each other, and there’s so much angst, and ill-feeling.

But what if the future of civilisation really _does_ need a diametric turn, a complete reversal of polarity, even if it upsets a significant part of the population? And it’s not as if we’ve got any precedents, is it? Like the plot of Game of Thrones, enemies have become allies and allies have become enemies –but unlike Game of Thrones, there’s no end in sight, or even the concept of an end. For instance, left-wing Remainers are increasingly suggesting a bypass of democracy in the form of ignoring the referendum result. Call me old fashioned, but when I think of anti-democracy, I just think of the Nazis.

And yes, “As soon as you compare things with World War Two, you’ve automatically lost the argument” is another recent trope. Fine. I hereby declare that Nazism bears no relation to the modern world whatsoever. Is that any better?

It all comes down, in my opinion, to our blinkered view about quite how fragile our economy is. You can’t admit it to yourself or you’ll go insane. Better to fight and row,  or whine and cower, or make stupid enemies of people who were previously your stupid friends.

Everything is fragile. When Sting sang ‘How fragile we are’, he hadn’t seen nuthin yet. It’s all fragile like that stuff the Fraggles built in their little cave in Fraggle Rock. It’s fragile like the bus on the edge of the cliff at the end of the Italian Job, and when Michael Caine says ‘Hold up lads, I’ve got an idea…’, the idea is to just fall to his death. It’s fragile like the spider’s web that flies in your face when you leave your front door in the morning, the distraction leading you to get killed by a lorry, and the spider feels guilty but he has to put on a brave face for his spider family. It’s as fragile ...as this blog is rambling. 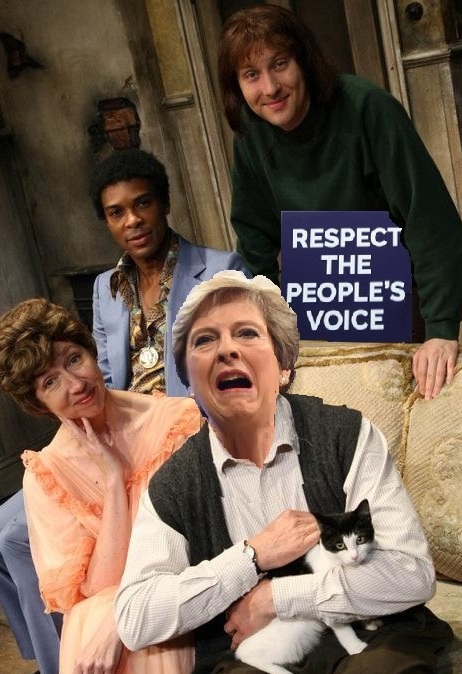