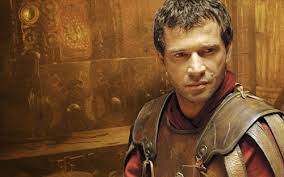 While working with my Cleopatra thread on the Ancient Mysteries subforum, I came across this piece and it struck me, but it wasn’t appropriate to include it there.  It contains a large intimated truth: the more that someone has in life – the more material rewards – the harder it is for them to lose it, or let go of it.  This is especially true when one gets those rewards and doesn’t experience, along the way, losses to temper the ego’s gold-plated crown.

The ancient Roman we know as Marc Antony had lived the richest of rich lives: handsome, aristocratic, virile, athletic, an officer, tactician, protégé of Julius Caesar, orator, Triumvir of Rome, paramour of Cleopatra…Queen without peer (until, perhaps, Eleanor of Aquitaine), co-ruler of Alexandria at its peak, living in splendor and luxury and fame; it all came to him in a stream of battle and glory almost without fail.  Until…he blundered at Actium and it all fell apart.  Thinking Cleopatra already dead and all his vast possessions and position lost, he mortally stabbed himself and, learning she was still alive, was brought to her in her high tomb where she’d barricaded herself, and slowly died in her arms, gazing out over the magnificent city that his defeat had now delivered into Rome's hands.

At midnight, when suddenly you hear

an invisible procession going by

all proving deceptive—don’t mourn them uselessly:

as one long prepared, and full of courage,

say goodbye to her, to Alexandria who is leaving.

Above all, don’t fool yourself, don’t say

it was a dream, your ears deceived you:

As one long prepared, and full of courage,

as is right for you who were given this kind of city,

go firmly to the window

and listen with deep emotion,

but not with the whining, the pleas of a coward:

to the exquisite music of that strange procession,

to say goodbye to her, to the Alexandria you are losing.