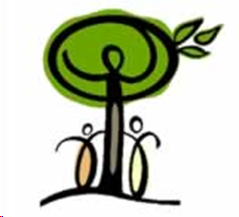 I feel at home at the veteran’s hospital in Atlanta,
a place for men and women who have seen much,
who carry their burdens for all to see,
not in shame, but just their lives.

Many are old like me, some very young,
so much for war and its fruits,
wounded men and women, many adrift,
they wear their hats stating which service they served in,
with pride, not shame, even if bitter and angry
over how their lives turned out.

The hallways are full of this teeming slice of humanity,
and I am one of them, I look the part,
with my long white (sort of) beard,
a bit overweight, and perhaps look broken as well.

I love the chapel there, while sitting,
people come in, and out, to pray,
or weep, Muslims as well,
I love to watch them pray to Allah,
which means God….we are one in God,
man makes the division as we do in the world,
wars, and borders, and hatred,

It is an addiction I believe, our going to war,

“my God is bigger and truer than your God”

God weeps, I have no doubt.

I was sitting having coffee one morning,
my brother in for an appointment,
so just waiting, sitting, and writing,
next to me were four men sitting talking, very loud,
three older men, one very young man,
they were trying to help him get used to the VA,
they joked with him, he would laugh,
nervous, but thankful for the attention,
I found it touching, but not uncommon,
that such a simple kindness was being shown.

It is not easy at the VA, lots of people,
many suffering from PTSD, hard to deal with,
but those who work there are kind to them,
I have seen it many times,

Those who work there, I believe have a calling,
they make it easier for everyone because of their
patience and tolerance.

However, in the main cafeteria the coffee sucks,
it is like water, luckily they have a Starbucks there,
who wants weak coffee!!!!