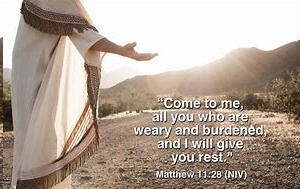 The weight can be heavy, for some too heavy

As I was driving one fine Georgia day,
the sun was out, a bit chilly,
yes, a wonderful day.

Coming from the airport,
I approached my exit on I-75,
a place where I would give money
to whoever was there.

Most of the time there is no one,
but I always get something ready if there is,
something I do because to pass someone in need
throughout the many stop signs in the city
would harm me I believe,
shutting my hear further which is already so guarded.

So I made a little prayer as I was turning into the off-ramp,

“Lord, will you be there this fine day,
hiding within one of your children,
often one who is overlooked, or looked down upon?”

As I was moving towards the stop sign,
I saw something I never saw before in that place,
so far from the city.

A man was there in a wheelchair,
around 60 I would think,
he had no legs, both cut off at the knee,
he was just sitting there, waiting, hoping.

I was next to him and stopped for the light,
rolled down my window and gave him a little extra,
he cried when he saw what I gave him
(which was not much just a little more than usual)

I was sort of shocked to see him there,
and I asked him if he had a place to live,
he said yes…..I believed him.

I only had a short time and the light changed,
and I left, but he still remains with me.

We all carry more than we think,
no event is forgotten, no human being met
can be unconnected with.

The weight can be heavy, for some too heavy,
to see so much suffering everywhere
and not feel its pull,
nor the helpless emotions that come with that,
then some anger that can go nowhere,
so all that can be done is perhaps one act of kindness,
or for some, they come into our lives
and we know that we must help them
for the long haul.

Lord, help me not to be afraid of the pain that flows up,
nor the understanding that sometimes I am powerless
to save, or change anyone, yet I can do what I can,
and not label, nor pity, nor kill, my own humanity
to escape such a dilemma.—Br.MD