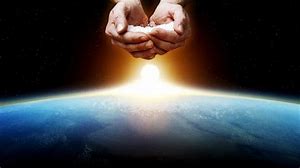 Salt of the Earth

I do believe that when trying to impress someone,
it will often fail because it is not ourselves being truly present.
When we become unconscious of the influence
we have with others, it is then that they can be impressed.

People who are themselves, look others in the eye,
listen, and because of self-knowledge, are slow to judge,
draw others to themselves. People like that are not
uncommon, but because they are not flashy,
they are often overlooked to
the loss of many. They are called
‘salt of the earth people.—Br.MD