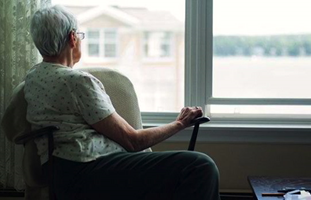 My Friend Janet’s Continuing Journey
(now that I am old and gray, O lord forsake me not)
Very truly I tell you, when you were younger you dressed yourself and went where you wanted;
but when you are old you will stretch out your hands, and someone else will dress you and lead
you where you do not want to go."—John 21:18