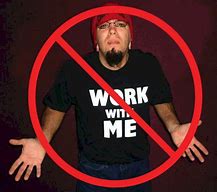 Dealing with a con-man hopefully in the right way

We can't help everyone, yet we are called to have compassion. For some, it will be through teaching, or giving spiritual direction. For others working in food kitchens, or going to the homeless and giving food and water. Our gifts are pointers in how we can be of loving service to others. Too overdue, or to try to 'save' everyone from themselves will most likely bring one to exhaustion and burn out. Faith and trust in God's love for all and knowledge of one's limitations are both needed in order to help others. I am still learning that, for me a slow journey to find balance.

I have found that boundaries, at least for me, which I have set up with others, if not maintained, then my compulsive side comes out.  “The desire to save others” being a constant companion.  This is very foolish since I know on a cognitive level that I can’t change anyone, save anyone, but can only be there for them.  As others have been, and hopefully in the future be there for me as well.  When I am in a relationship with someone with good boundaries, if, or when, I step over them they will let me know, it is an ongoing process.  This was very helpful when a young man before I entered the Monastery. Still learning from healthy people.

I have recently come back in contact with a man, let’s call him Roger.  Roger is a con-artist, been in and out of prison many times, and a few years ago I had to deal with him.  It took time for me to build up healthy boundaries, but the outcome was that I had to tell him not to come here or I would have to call the police.  Roger would try to get money from people, and even be too forward with some of the retreatants.

In the past two years, he has been incarcerated two times, and since the early 90’s been in and out of prison for a number of felonies.  Not violent ones, but mostly dealing with theft, drugs, and violation of his parole.  When in prison he reaches out to me, and I do write to him.  The first time, two years ago, it ended badly, since he started to pressure me to give him aid in ways that I could not do.  In the end, once again, he was told not to come here after he is released.  I was still concerned about him, even though I could do nothing to change him.  However, I did continue to remember him in my prayers.  He is, after all, a human being, and I do not know the reasons he turned out the way he did.  I do know that he has the intelligence to that what he does is wrong.

Well, last week he contacted me once again.  He is back in prison, for two years this time, once again for theft.  I wrote back and said I will write to him, but that I could not help him with money, or with a place to stay.  He wrote back that he understood, and was ok with that.  However, in his next letter, he wanted me to write to the parole board to ask for clemency, and to let him out in one year, instead of living out his two-year sentence.

It is difficult, here is a human being in jail asking for help, but I knew that I could not do it.  Below is my response to this man.  Who I do not hate, but actually care for and want him to prosper but I know that I can’t do much for him, if anything, but write.  I have found that for a few people bluntness without anger is the only way that works when trying to keep some distance from a man who is very accomplished at manipulating people.

I do believe that some people come into our lives that we are supposed to help the best way that we can.  Janet is a good case in point.  However others, I believe we may be called to help a few times and then they need to be allowed to find their own way.  This tends to work itself out.  Others, I tend to listen to my gut instead of my heart.  Knowing that I could be wrong, but I do it anyway with a good conscience.  I guess I am writing this because I am a big believer in writing prisoners, many are men who have been deeply touched by grace and seek for someone to listen to them, Then there are those, well, they just continue their lives along the same route even if it does not work and they continually end up back in prison.

Below is my response to Roger:

Quote:  Roger, I really do not know you very well.  I am glad to write you, as well as try to support in my own limited way, but your relationship in the past with me was not pleasant, and your constantly seeking money from me (conning me) does not lend me to trusting you.  Surely you have people who know you on a deeper level that can write for you.  I am not sure they would accept my testimony anyway, even if I wanted to do it.  They would ask me questions I am sure and I would have to answer in an honest manner.  I know this is hard for you, but the choices you make on how you use others does come back to you.

I am not bringing this up to make a point, or to judge you, but this is what it says about your present stay in Wilcox State Prison:

If the above is wrong, then you need to notify those who put this information on-line.  They also have all of your previous arrests there as well.  So, if you are not telling me the truth about being in prison, how can I think that you should be given parole?   I do have hope that you can change your life around, but that is up to you and God, not me.

I will pray for you, and continue to write if you want, but do not pressure me to write the parole board, as I said, my relationship with you in the past has not been good.  We will see how, and if, it develops after you get my letter.  It is up to you.

Again, if you want to continue to write to me, I am open.  As I said in my last letter to you, as a human being, you deserve respect, being made in the image and likeness of God.  Hopefully, you will learn to live from that image on a deeper level.  I have hopes for you, but if you have to stay there for the full two years it will pass quickly.  Try to learn from your past, so that you can have a better future. “Unquote”

I am not really happy with the letter, I wish I could do more, but I can’t.  I can hope for him, pray for him, and write to him if he wants.  I am sure others would handle it differently and better than me, but for now, this is all I can do. --BrMD