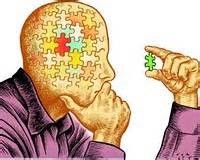 Writing down one's thoughts can be a very helpful way to search the depths of the inner life, and in doing so learn what is believed and known by the one writing.  Our everyday consciousness is there to keep us grounded in the world around us, to allow us to relate to those around us in such a way that we are not perceived as a threat, etc.  When living around a great deal of people,, working in crowded work environments, in driving along busy highways, in our dealings with those our jobs bring us in contact with, our family relationships etc.,  a great deal of self discipline is needed to get through the day sanely and without becoming a loose canon..   In other words, we have to repress a great deal of material.  Otherwise, we would not be able to function, at least not for any extended period of time.  Yet the stress is there and it builds and can harm us on many levels.

I believe that most people can write well enough that keeping some sort of journal is possible and helpful.  Entertainment is an outlet and without it culture would implode and explode at the same time.  We let off steam, our bodies can become less stressful and we enjoy ourselves.  Writing is different.  If a journal is based on seeking to understand our inner workings in how we survive from day to day and to delve in the ways that some of our adaptations can be self-destructive….it is then that cycles can be stopped or their influence lessened in our lives.  Writing opens up, slowly at first, but as we gain humility in accepting different aspects of our inner lives, bringing us to an ever-deeper understanding of our memories and experiences that drive and control us on a daily bases.  Why do we react the way we do, why do certain people attract or repel us, why do we overeat, or overwork, or spend way too much money.  Slowly we come to some understanding of ourselves that is not possible unless we take time to actually get acquainted with our inner lives…..which is deeper and vaster than our everyday conscious awareness.

Any kind of spiritual life that is not in some way built on the need for self-knowledge is a waste of time.  It leads nowhere.  In any-case, self-knowledge may be impossible to avoid if anyone embarks on the journey with a conscious desire to grow inwardly.  Once the seed is planted and the desire, no matter how weak it is, that is enough to allow the seed to take root and to slowly do its work.  That seed is what I call grace.

Every day if some little writing is done, no matter if it seems to lead nowhere, it is not a waste of time.  The practice or the desire to go deeper will bare fruit.  The more you stir by writing, the more you will get.  The more you read and study the more fuel you will have to weave what you learn into your life on a regular basis when journaling.  This leads to a deeper relationship with your-self, and more empathy and insight into others.

Our human journey, while unique how each experiences and lives it out, it is also common to all.  This knowledge is in itself healing.  Acceptance of others grows because of our own evolving relationship with ourselves.  So yes, writing or journal keeping is very important for one's inner growth. In fact, for many, it may be essential.

For those with faith, this practice will only deepen one's conscious connection with one's “Higher Power”.  For in having a deeper relationship with oneself, naturally leads to deeper communion with the Infinite along with love and trust.  Trust is a choice, we don’t fall into it.  Once the illusion is gone that we can hide from the loving gaze of that in whose image we are made in is impossible, then we begin to open up and flower as loving human beings who have no illusions about ourselves.  Deeper in and higher up as the saying goes, an unending journey of finite creatures that have an infinite ability to respond to the grace and love of the Eternal Beloved—Br.MD.