In astrology, it is possible to charge your energy by living in certain places, encountering certain people and falling in love. This is because astrologists consider the birthplace of even a city to have life. This is just part of the effect the alignment of the celestial bodies have over us.

Now imagine if that same concept, which is used for animals, people and places came true for paintings, dolls, mirrors and other objects which seem to hold life. Then add the factor where they react towards our energy and strange things happen.

This is a process of living by which the effect of light, shadow and energy directly feeds our souls and gives birth to eternal being. So, for all creators to understand their works in many ways will feed purpose & life.

Dolls
A doll has such meaning as a spiritual comfort. Little girls grasp their dolls tightly, care for them and hold them close by the heart. Sometimes they will tell their secrets to it, hoping to make friends. The doll becomes an entity on it's own that takes life.

There has been so many cases of haunted dolls that probably even someone you know of has had a creepy experience with one. There are even those who beware all dolls as they are so frightening in their likeness of the living. 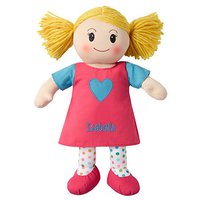 The doll was brought to life by many people from the design to fabrics and more. It has a birthday and a sense of being. They seem so vulnerable on their own. We feel the need to protect them as if they needed it.

Paintings
Some of the most haunted objects in the world happens to be paintings. It could be the subject matter itself or maybe the placements, but many outlive mortal lifespans. In fact, the most beautiful pieces of art are not precisely dated and as for me, I am going to be more drawn to certain pictures than somebody else with a different taste.

People that paint everyday have the same style per se, but the works seem to be very different. Could it be because of the date of birth of the art? Similarly, what elements are part of the creation of the product? 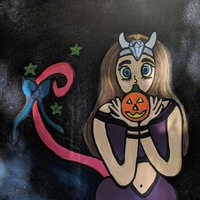 A wand is basically our paintbrush that we use to draw and design our ideas and most have the image in their mind of painting by candlelight to simplify the transformation will represent fire. The paint is water and color too, while the Earth is in the images we see and material. We can also add more life by speaking about it more often by more people until it gains a huge energetic aura built of many feelings mostly.

Holy Objects
All those people who find comfort in religious artifacts, amulets, necklaces and prayer beads have put gentle energy in them. To the one who grasps the cross necklace to their chest, to put mental thought and intention into this item in order to be protected, to the one who looks at something against their religion and feels their spirit reject untrue energy for their force, it is all living spirit making it's home.

Artifacts uncovered from many years ago by archaeologists strike fascination and fear into our hearts because we immediately feel the energy, whether we interpret it or not, we feel something anyways. Even the sacred artwork and enchantments serve as a message by the Gods.

Because these things have life, they serve us as a focus for our direction into this world and out. They will protect us because we have spent time to create a psychic boundary. We have forged the metals of the Earth into metals of the skies.

Mirrors
There is so many superstitions regarding mirrors. People believe they are portals, they carry the souls of the dead and that other beings reside in them. Mirrors are even in the technology of electronics and the devices you are using to view my words!

Imagine this intergalactic power that surfaces like the reflection of stars on water into a whole new reality for us. It is symbolic of just how important light is to us and how it effects us spiritually as well. Do you know any superstitions about mirrors? I bet you do because they are well known even in mythology and fairy tales as being something we can get lost in, or foretell the future or just plain disappear into...

Our reflections react to us as we react to them. They seem to appear as an opposite projection like our birthdays, but how it changes every year. The simplicity of the metal coated glass just simply existing as a tool for self reflection and symbology is not lost on me.

Check out my previous article on mirrors!
www.costaricantimes.com/legends-of-mirrors/64346

Bewitching Belongings
A good rule of thumb for bringing any new item into your home, weather used or not, is to bless the item with any of the elements to cleanse old attachments. this sort of refreshes the spirit of the belonging to flow to you now. Sort of like introducing yourself to each other properly and stating your intentions.

You can rededicate them of course, as well as your home to refill them with precious energy which they will project to you until they wither to nothing and die. So how much energy would it take and where to make something immortal?

May you feed on the blood of these words like vampires and act them out like they are spells on a book, taking and giving where it is needed to manifest a change in your environment. I wish you peace, love & harmony all of your days in Heaven and more.

Birth time of this article: