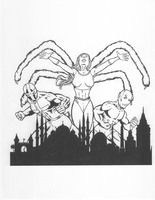 One of the downfalls of being a paranormal investigator is cancellations.  It's estimated that 99 percent of paranormal investigators have a strong enthusiasm for their hobby.  Most of us are curious and we seek answers.  We also want to help families in need, that are being terrorized by entities.  So the downfall happens when the paranormal investigator has set up an investigation and invited the team members.  All of the investigators are excited and ready to investigate and cleanse.  Then it happens, the client sends a text, he or she has canceled the investigation.  Most of the time the excuse is a family emergency.  In this case, well, you guessed it, it was a family emergency.  Here is a recent cancellation we had: CANCELED: The family said that they had to leave early this morning to head up to Lake Tahoe for a family emergency and that is the reason why they are canceling. INITIAL REPORT: HPI Investigators we have an URGENT paranormal investigation. Date to be there: November 16, 2019. Time to be there: 7pm. Address to be at: Citrus Heights, CA / Contact Person: Briane Bailley. Activity: Entity opens up cabinets, washer machine, drawers. Entity dims out the lights in the house. Entity takes blankets off the baby. The family is terrified. Cleansing will be done by me and Deanna. Others can participate in the cleansing. HPI PARANORMAL INVESTIGATORS ROLL CALL: Paul Dale Roberts - HPI Co-Owner; Deanna Jaxine Stinson - Psychic Medium/HPI Co-Owner; Richard Oxenrider (Guest); Angela Chessnutt; PSA Archives; Pelenta Forrest; Mike Ouilhon; Christina Vonasek; Justin Mather; Alaceo "Big Al" Rosatano; Amy Lightfire.  SPECIAL NOTE:  This was the team that was going to attend this investigation.   In this case, I had to text the client several times to confirm that the investigation was a GO.  Finally the client sends me a cancellation text.  What if I didn't call or text him about the investigation and just showed up with my team?  This was very inconsiderate of the client, not taking the initiative and contacting me that the investigation was canceled. This is the kind of stuff that I have to deal with.  I have talked with other investigators and they deal with the same thing.  The client doesn't realize that I need to contact my investigators immediately and let them know the investigation is canceled.  Everyone has busy lives and my investigators put everything to the side to be able to go to this investigation.  So, here is a message to potential clients:  PLEASE BE CONSIDERATE AND LET THE PARANORMAL GROUP THAT YOU CONTACTED KNOW IF AN INVESTIGATION IS CANCELED OR IF IT'S A GO. 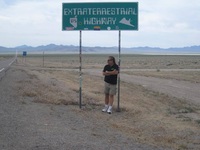 Now let me get off my high horse and talk about the very haunted Farallon Islands, a place I would love to spend some time at investigating...... HAUNTED FARALLON ISLANDS When I was in high school, my dad took me on a deep sea fishing trip. We were fishing for rock cod. I remember getting sea sick with the Captain’s daughter and we were both throwing up over the starboard. On this deep sea fishing adventure, I did not catch any fish. My dad caught one rock cod. As the boat went further out, we saw a group of islands. I remember the Captain saying they were the Farallon Islands. Farallon means sea cliff. I learned later in life, that these group of islands that lie 30 miles from the Golden Gate Bridge and 20 miles south of Point Reyes had other names. The Coast Miwok called the islands – the Islands of the Dead. Sir Francis Drake when discovering the islands on July 24, 1579, called them the Islands of Saint James. The reason the Coast Miwok called the islands – the Islands of the Dead because of the eerie rock formations seen on the islands. The eerie rock formations during dusk look like the silhouettes of the deceased. The islands were probably first discovered by Europeans during the Juan Cabrillo Expedition of 1542. Ancient mariners preferred calling the islands “Devil’s Teeth” because over 400 ships have fell victim to the islands. 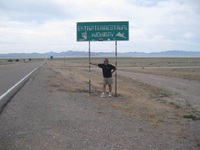 I have talked to a source, that wishes to remain anonymous because of his job classification. I will call this anonymous person Johnny Seabird. Johnny was telling me that there are many mice and seabirds on the island, but at one time the seabirds almost went extinct, because of the California Gold Rush and the high demand for eggs.  Johnny goes on and tells me that on one particular Summer day in 1996, he visited the islands and came across 7 men on the island.  The 7 men looked like they stepped out from the 16th century, wearing tricorn hats and slops (puffy trousers).  The 7 men looked very weathered and tired.  As Johnny watched the 7 men, a strange mist engulfed them.  The mist seemed to come from out of no where.  As the mist completely engulfed them and then disappated, the 7 men were gone, they vanished.  I also learned from the Captain of my boat, that one time when he was deep sea fishing, he came upon the islands and saw 3 greenish orbs that were hovering over the island.  The orbs looked transparent and were the size of tennis balls.  The orbs then moved behind a rock and were never seen again.  The Captain believes he witnessed energy from some of the seafaring ghosts that crashed into these rocks long ago.