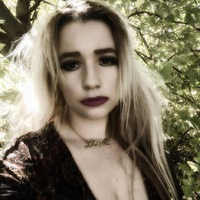 Dear lord! Everyone loves zombies. George A. Romero the Godfather of the Zombie Culture really started something when he came out with Night of the Living Dead (1968). A whole slew of zombies came with it and people would either flock to the movie theaters or sit in front of their TVs and watch shows like 28 Days Later; Shaun of the Dead; Zombieland; Dawn of the Dead; World War Z; Walking Dead; Ponty Pool; Resident Evil; Fido and many, many others. All of these zombies came back from the dead because of Romero. For some reason the audience of these films are scared out of their minds that something like this could actually come to fruition.

People are scared that dead people will rise and slowly chase you down, (unless you are the zombies from World War Z, now those zombies are pretty quick on their feet) and bite you, eat you and consume you. But, if you think about it logically, most people die at an elderly age. A high percentage of those elderly people have dentures or rotted out old teeth. If a person dies young, just perhaps that fresh dead zombie after an quick resurrection would have a good chance of taking a chunk of meat off your body. Most zombies depicted have rotted flesh and are falling apart at the seams. If one of these zombies did manage to bite you and take a chunk of meat out of your body, the meat would simply pass through the zombie’s system and fall out of a rotted stomach. I would imagine a zombie would have rotten putrid intestines too.

If the zombie that bit you has dentures, the dentures would fall out, if they hadn’t fallen out already due to the fact that the denture adhesive cream wore off. The zombie would be nibbling at you with their gums. The zombie apocalypse just doesn’t hold water. In some films zombies are falling apart, they lose fingers, they lose hands, they lose their arms. They are deteriorating rapidly. So if all of these body areas are deteriorating, wouldn’t their mouth and teeth be deteriorating too? I would think so. So, I ask myself do I have anything to fear that one day we will face the Zombie Apocalypse? My answer: Nah, it’s just good ol’ Hollywood fantasy! Let me kick back with my popcorn and enjoy another zombie film.

SPECIAL NOTE: I used to think vampires were tantamount to zombies, but I was wrong. Zombies have rotten flesh, while vampires who are also dead have rejuvenated flesh after drinking blood. Zombies can consume many humans and their flesh is still rotten and keeps getting more rotten, while the vampire merely has to drink blood and is rejuvenated into a powerful being that is forever youthful. Vampires can never be compared to zombies.

Below is a paranormal report from the Paranormal Hotline!

She saw their ghostly images hunting for food. Luke and Deanna talk about the beauty of the Snake River. The Paleo-Indians first visited this valley 11,000 years ago. The beauty of this park is so majestic and magical, perhaps their souls will never want to leave this region. This park has a lot of history. The Lewis & Clark Expedition passed north of the Grand Teton Region. Many mountain men toughed it out living in and around Jackson Hole (valley). There is one mountain man that may still be haunting this valley. Luke calls this ghostly mountain man “Dirkskin”. I asked Luke why is this ghost called Dirkskin? Luke tells me that the ghost looks like one of his friends named Dirk. Dirkskin wears a fur coat and cloak. Dirkskin also wears some kind of fox fur cap / hat.

Luke has encountered this ghost 3 times when he is hiking around Grand Teton Region. Luke’s friends have also witnessed this mountain man ghost. The frightening aspect of this ghost is that he will walk right up to you and his facial skin starts falling off. When the facial skin falls off, there is nothing but a bloody filled face that has lost it’s skin. Luke says it scares him every time, but he will not stop hiking at this National Park. He once brought his girlfriend and when she saw Dirkskin, she actually urinated in her pants. It scared her to death and she has no desire to ever go back to this National Park. Luke says Dirkskin got his name in two ways. 1. Because he looks like Luke’s friend Dirk. 2. “Skin” : because he has a habit of losing his skin. Luke would like to know if anyone else has encountered this ghostly monstrosity.