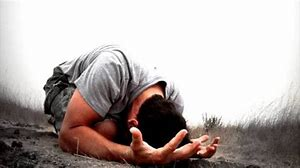 Do we all wrestle with God?

February 24—Ingrandes church. I said, “How can I come to comprehend love?” “Try to see Me in every happening, big and little. I say ‘little’ because it is in the daily round and taking all things from My hand that you will understand the divine care. How sweet and loving it will seem to you! But you will see it only superficially. Then go higher—go to the very heart of your God. Think of His immeasurable sufferings, known to Him beforehand, suffered every one of them beforehand. Ponder this deeply. Don’t you think that it will rekindle the feeble flame of your love? Entrust it to Me. They brought Me the sick and crippled. Isn’t your love for Me both sick and crippled? Didn’t I know how to raise the dead? If you only believed in My power, you would have the greatest hope. You, My child, believe in My love and that will be enough. Of course, I’ll help you; ask Me to do so. You see I’m telling you what to do. I’m the prompter for your role.

My mother once told me when I was about ready to graduate from High School (1967), that my relationship with the family had an impersonal aspect to it. So I asked her what she meant, and she replied: “You treat each of us the same”. I am not sure how true that was, yet, when I was in High School I did tend to have a deep incomprehension of real friendship. I saw it around me all the time. My brothers, mostly, since Robert and David were closest to my age, how they formed friendships, and I was always just watching. I did not miss attachments, though there were a few classmates that I felt close to, and still do. Yet, I did not really pursue ‘friendship’ with them. I did not know what it meant, or even how to do it.

As I age, I am finding, I think, my ability to have friendships deepening, yet I feel there is still that ‘impersonal’ aspect to it. I don’t understand it, it is part of me, and I have grown to accept it. I never really thought it a problem, but I am glad that its hold on me is not so strong.

Perhaps it is fear, or it just a part of my personality. However, I always knew that I wanted to be more loving and compassionate. As a child, I was told that God was love, and that Jesus was the revelation of that love. Yet, what I was taught (or my interpretation) seemed to point in the opposite direction.

Wow, I thought, God gets angry! Angry at me! So when I was around 7 after one year in school, my ideas of God turned into more of a god from one of the Lovecraft novels. A being with an infinite number of eyes looking at me. A strange turn of events. I do not blame anyone really, I just had a knack of picking up what was most twisted when I was taught about my faith. I would bypass what was healthy in my faith and focus only on what terrified me.

I do know that human love, at its best, is not about causing pain to anyone, or exacting some sort of revenge from wrongdoing, but based on seeing the beloved, understanding, hence the ability to forgive and not be controlled by the evil that others do. So I would wonder, what infinite love is like. So I did spend some time seeking to figure it out. Which of course I could not. I can’t even figure out human love.

So over the years, I had to wrestle with this conundrum, or perhaps it was actually wrestling with God. I have fought God’s love all my life, and what I get from it is a deep wound, that I have found is in actuality, healing. It is all about what I do to myself, wounding myself, hating myself, not trusting in anyone, let alone God. Yet, in the end, over and over again God’s love, so gentle, so quiet, so peaceful, is just there holding on to me as if I was a spoiled child needing healing but fighting it. That is until ‘something’ happens when the time is right, grace finally intervenes, and yet another healing happens, and wounding, but on a deeper level. My heart does breathe easier now, some deep wound that was so much a part of me that I did not even notice the pain, is there no more. Not that I have reached the goal, for there is always another level that the Lord wants to bring up.

So I seek the heart of God. In Advent, I sort of understand what the waiting is all about. It is about allowing the gentle love of God, that does not push, but only seeks to save, and heal, deeper into my being. It is not as easy as it may sound. For there are parts of me that simply fight God, I just need to stay on the path, growing in trust and deepening my faith.

In the end, it is praying from the heart that allows this to happen. I have to get out of the way and just ‘be’, no matter what I feel, no matter if my I am bleeding inside, or filled with some sort of deep self-hatred that I can’t get rid of on my own. I just need to trust, which can’t exist alongside fear. We can’t trust what we fear. Yes, fear is the beginning of wisdom, but to cling to servile fear is the opposite of what being wise is all about.—BrMD