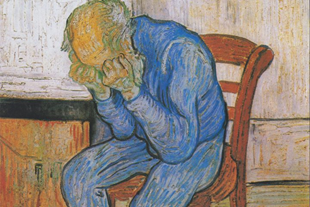 The ripple effect of mental illness

Mental illness leaves a huge legacy,
not just for the person suffering it but for those around them.

I do believe that mental health is iffy for human beings. There are moments, or hours when any one of us can actually become so out of touch with reality that we could become dangerous. Extreme emotions, rage, for instance, can lead otherwise ‘normal’ people into doing acts that ruin both their lives and those that they deal with. Our news seems to be filling up with this sort of thing more often, to the point, that the shock of it is not all that high. Also how people are responding to each over political and religious issues is also very disturbing.

Mental discipline is very important I believe because we do need to observe those thoughts that could be labeled as ‘obsessive’. We can be so overly focused on our emotions that we mistake them as actually being ‘true’. It allows us to become ‘judge’, ‘jury’, and ‘executioner’ all in one. In today’s world, I believe that is important that we become ever more mindful of our thought life and listen to what it is saying and to find ways of dealing with it. Leading a deep prayer life helps a great deal, for in prayer, we have to deal with what comes to the surface when we want peace and quiet. It is usually the same issue over and over again, or perhaps a few more problem areas as well. Yet prayer makes us responsible for our thought life, and can lead to being more mentally healthy.

Then there are others who can be in that state all the time. I would say that they are what people mean when they do speak of mental illness. People who live in this world with a perspective that makes it hard for them not only to communicate but also for them to be able to understand what others mean when they talk to them.

I recently met a man who falls into that category first hand. It was not a pleasant experience, so I had to step back and simply not respond. Any response would only make things worse, and I did not want to be caught in that ‘spider web’.

From the very moment that I came near him, he reacted in ways that would be interpreted as arrogant, contemptuous, condescending, extreme impatience, and wanted instant obedience. Being that he was around ‘6’-”3” and athletic looking, it was very unpleasant. So I did not engage him, I just did what I needed to do.

Even though I was angered by his way of dealing with me, and anyone within range, I also felt some sorrow that he was working against the very thing he wanted. By discounting those he came into contact with, he experienced them discounting him. Knowing that is how he lives, helped me not to react in turn, but to remain calm, at least exteriorly. He believed that he had no mental issues, but that it was everyone else.

I would think that he will act out in this way in a place that will bring a response that could be traumatic for him, or he may even end up in jail. His size works against him. I had to refuse to drive him to the bus station in Atlanta but got a cab for him. The Atlanta bus station is a rough place and I do worry about what will happen. Perhaps the best that could befall him is that he would be arrested for disturbing the peace, and then placed in an institution where he can be evaluated.

Overall, it is very painful to experience these kinds of people who are mentally impaired all the time. Of course, his family is distressed over this, but are forced to step back, which in some ways makes things worse. Yet what can be done? A human situation, a common one, but impossible for all of that.

I do know from my own inner life that it is not as hard as it seems to slip over the edge. It seems to be happening more and more often. For me, prayer is a shield, keeping me open to God’s love and grace. The man I am talking about is also loved by God and I pray for his highest good and hope that one day he will be able to communicate in such a way that he will have peace.

I do know, however, that most people who are so isolated, are far from violent, but often just lost but do respond to kindness, even if deep communication is very problematic.—Br.MD