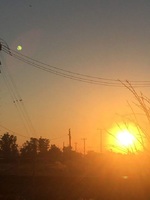 As a paranormal investigator, I have investigated haunted or cursed homes or buildings that have been built over an ancient Native American burial site.  I investigated a cabin in Pioneer, California owned by Keith Dovichi.  This cabin was extremely haunted and cursed, because it was built over an ancient Native American burial site.  The curse was so intense for Keith, that he had scratch marks on his body.  Keith's story caught the attention of a major network and they created a documentary about the case called "When Ghosts Attack - Wicked Warriors".  During my time as a paranormal investigator, I have been invited to investigate ghostly activity at an Indian Reservation in Covelo, CA.  I have been told by a member of the Native American council that when a curse is projected on a person, object or landmark, it's very hard to end the curse.  A good example is the Curse of Tippecanoe.  The "curse" began when President William Henry Harrison (elected in 1840) died in office from pneumonia just one month after becoming President. According to a folk tale, the "curse" happened because then-General Harrison had fought on Native American grounds during the 1811 Battle of Tippecanoe. The battle was famous, and "Old Tippecanoe" became Harrison's nickname. But the battle made the Native Americans so angry that they cursed his name. 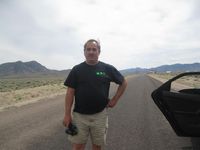 William Henry Harrison was the first President to be affected by the curse in 1841.  The name Curse of Tippecanoe (also known as Tecumseh's Curse, the Presidential Curse, Zero-Year Curse, the Twenty-Year Curse, or the Twenty-Year Presidential Jinx) is used to describe the death of Presidents of the United States in office while elected or re-elected in a year ending in "0".  The last President included in this "curse" to die was John F. Kennedy. He was elected in 1960 and assassinated in 1963. Two later Presidents elected in "0" years—Ronald Reagan (1980) and George W. Bush (2000)—survived assassination attempts.  That is when the curse ended.
Contents

Here is a listing of Presidents affected by the curse:

Now that the Curse of Tippecanoe has ended, I believe a new curse will be taking its place.  President Donald Trump is ready to have an ancient Native American burial site bulldozed, because of his US/Mexico border wall.  President Donald Trump has a total disregard for this ancient site at the Organ Pipe Cactus National Monument, which is in the desert region of Southwestern Arizona.  This is now an upcoming construction site for the border wall and it encompasses an area that is sacred to the Tohono O'odham Nation.  It's a burial site not only for the Tohono O'odham Nation, but also a resting spot for the Apache Indians who fought against the Tohono O'odham Nation.  If they bulldoze this ancient burial site, it would be an act of unimaginable desecration.  A desecration so wrongful, a curse would manifest.  I don't know what the curse will bring.  It could probably bring on tragedy at the border wall or perhaps tragedy at the White House.  If this sacred site gets bulldozed, I guarantee there will be active paranormal activity at this site and some kind of curse will be generated from this site.
President Donald Trump is turning a blind eye to this desecration action and showing no respect to this ancient culture.  The curse will cometh.
Sign in to follow this
Followers 0