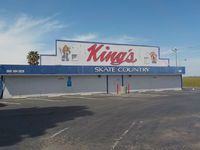 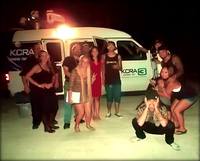 THE RETURN OF CALVIN COLT
Steve never thought he would be experiencing something paranormal at King's Skate Country, but on this night Steve and his girlfriend saw a frightening image of a man in a black trench coat, black cowboy hat.  This menacing figure just appeared out of nowhere.  Steve tried to start his car, but as hard as he would try to get the car started, it wouldn't start.  The menacing figure started walking towards Steve's parked car.  The menacing figure was holding on what appeared to be 2 guns on his waist belt.  The menacing figure kept approaching and all of a sudden there was a crackling sound that came out of nowhere and when they looked again towards the approaching figure, the figure was gone.  Steve believes he may have witnessed the apparition of Calvin Colt.  When the apparition vanished, Steve's car started back up and Steve sped out of there and dropped his shaken girlfriend back to her home and Steve went straight home and to bed.  The next morning Steve had a sharp pain on the side of his stomach.  The pain lasted for 2 hours and Steve wonders if the pain was from Calvin Colt?  Steve believes the apparition that he saw was Calvin Colt.
Hearing Steve's story I do believe that Steve and his girlfriend have witnessed the apparition of Calvin Colt.  My wife Deanna Jaxine Stinson, a psychic medium has picked up on many spirits that haunt the town of Franklin and Deanna says that there is a lot of residual energy in this town too.  I talked to a few people in Franklin and they say that late at night at King's Skate Country you can hear people roller skating, laughing and talking and there is no one inside, this is probably the residual energy that resonates inside of this roller rink.  Here is an example of a possible haunting at a ice rink, see this link here: www.youtube.com/watch?v=2ni_s3yMrH0 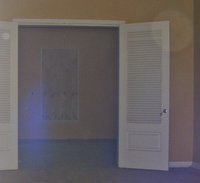 It's not unusual for a roller rink or an ice rink where people go to have fun, to have a spirit lingering around or having residual energy remaining inside it's facility.  If I was a ghost, I would want to haunt a place that gave me good memories.  Here is my investigation at the haunted Iceland Ice Arena in Del Paso Heights, a fine example of a haunting at a ice rink:  www.trueghosttales.com/stories/haunting-ice-arena.php
And to verify a haunting at the Iceland Ice Arena, is testimony from Becky Magnuson as seen here: sacramentopress.com/2010/05/22/becky-magnuson-paranormal-experiencer-del-paso-heights-iceland-ghost-story/
I have never investigated King's Skate Country, but if you were to ask me if I think this old skating rink is haunted, I would have to say "yes".  Now if I can get the opportunity to investigate this roller rink, I would be thrilled!
Sign in to follow this
Followers 0