As the sun began to set the robin returned. Flying from tree to tree he sang until it was dark 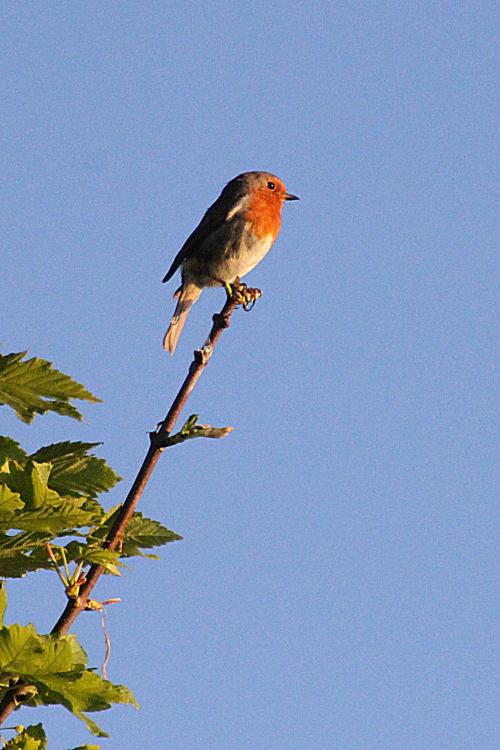 Initially the parakeets seemed to have fallen in with human society and had taken up social distancing. 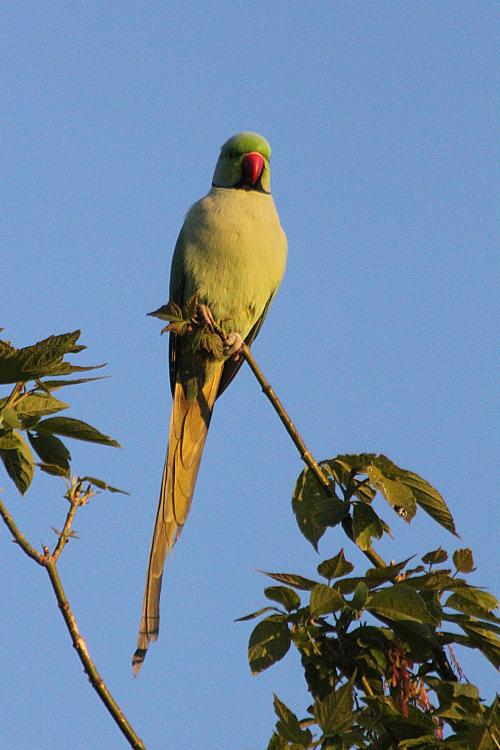 As the sun began to set, however, they once again paired up. 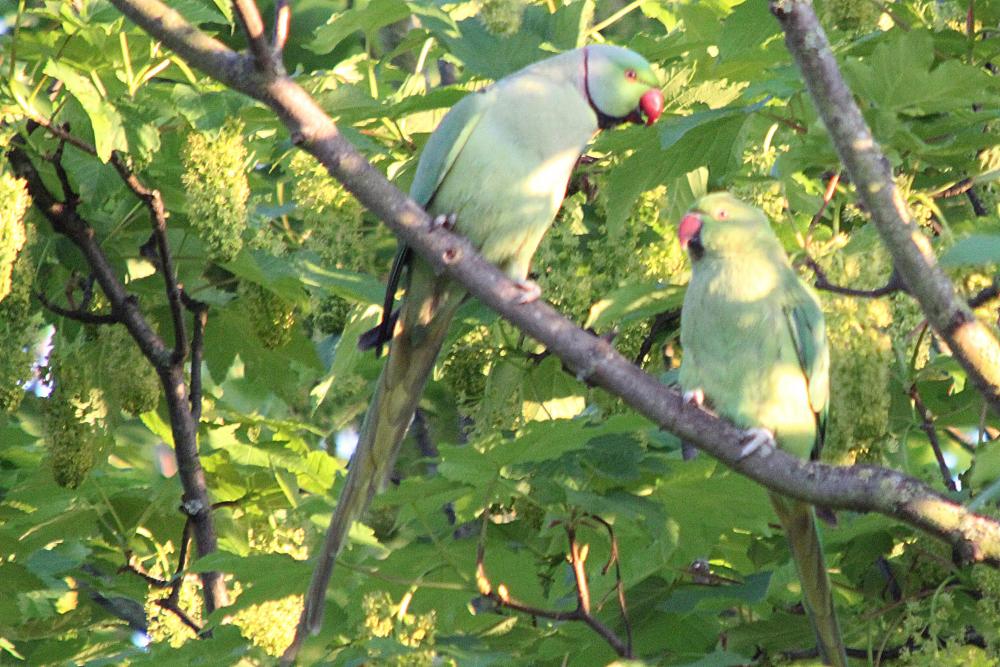 Nearby a magpie’s white breast reflected the red rays of the setting sun. 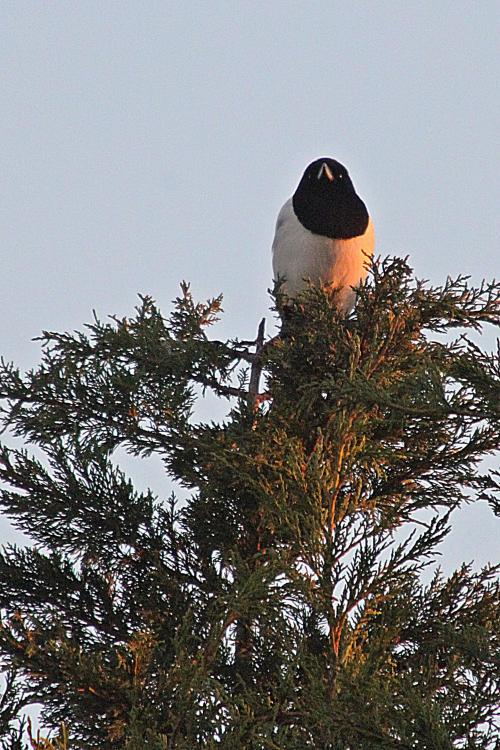 All too soon it was no longer light enough to photograph the wildlife. It was now time to shift my attention to the thin crescent moon, which was becoming visible in the twilight.