Nuts are fruits in most cases. In botanic terms, nuts are strictly a particular kind of dry fruit that has a single seed, a hard shell, and a protective husk. Tree nuts such as chestnuts, hazelnuts, pecans and walnuts are the fruit of their trees. Almonds are said to help with financial matters. In Greek mythology, Nana is a daughter of the Phrygian river-god Sangarius, identified with the river Sakarya, located in present-day Turkey. She became pregnant when an almond from an almond tree fell on her lap. 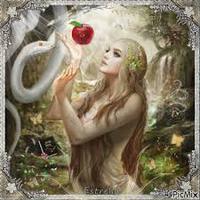 Apples:
Apples are symbolic of Aphrodite, goddess of beauty and love. When one cuts an apple, there is a pentagram inside outlined in seeds and so therefore represents life and magick. Apples were said to be the fruit that was bared of the tree of knowledge and in fact, the fruits in the bible were all compared to gifts or spiritual properties. Apples appear in many religious traditions, often as a mystical or forbidden fruit. Apples in religion, mythology and folktales is used as a generic term for all (foreign) fruit, other than berries, including nuts, beginning late as the 17th century.

Apricots:
Apricots are grown all over Israel and surrounding countries today. They have also been suggested as the "golden apples of the Hesperides." Bringing back the golden apples of the Hesperides was one of the twelve labors of Hercules in Greek mythology, assigned to the hero in atonement for murder of his love. Apricot is considered to be a fruit of freshness. Seeing them in a dream means fresh opportunities related to wealth and business. It also means that it is time that you work more hard towards your goals. This member of the rose family, whose relatives include the plum, peach, cherry and almond, is known botanically as Prunus armeniaca, a reference to the land from which the ancient Greeks believed it came.

On the sea, bananas were considered a source of bad luck for ships carrying other types of fruits as well. Bananas could give off ethylene gas, which can cause other fruits to ripen and, thus, spoil more quickly than they would otherwise. Planting a banana tree on your land is said to bring good luck. The leaves of the banana can be used to symbolize money in wealth and money spells. Because bananas grow up towards the sky, legend says that they represent the connection to the realm above the sky. 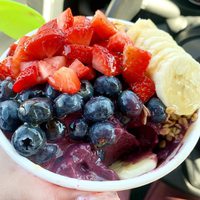 Blueberries:
Dreaming of berries is often a sign of many small blessings to come in the near future! They stand for good health and optimism. They are said to be a divine food favored by the angels. Blueberries were called “star fruits” by North American indigenous peoples because of the five-pointed star shape that is formed at the blossom end of the berry. The five pointed star is a symbol of life and represents resurrection and the five elements, Earth, air, fire, water and spirit.

Blackberries:
Blackberries are feminine in nature and ruled by the element of earth. They represent an abundant harvest and can be used in spells concerning prosperity. In dream symbiology, blackberries represent loss, sorrow and remorse. Blackberry leaves are ruled by Venus, Scorpio and the water element, which are best used for everything related to female fertility. Use blackberries in rituals relating to money.

Cherries:
In Japan cherry blossoms are the national flower. They symbolize beauty, courtesy, and modesty. The ancient Chinese regarded them as a symbol of eternity. One Chinese legend tells of the goddess Xi Wang Mu, in whose garden the cherries of immortality ripen every thousand years. Because it's wood was thought to keep evil spirits away, they placed the branches over their doors on New Year's Day and carved cherry wood statues to protect their homes.

Coconut:
Breaking a coconut apart for the Gods and Goddesses is a very common practice in India and therefore holds a lot of importance in Hinduism. The coconut fruit is an essential offering in almost all rituals of Hinduism and is a part of almost all ceremonies. This fruit can attract both benevolent and malevolent energy. If bad luck is severe enough, then it is preferable to use a coconut to cast off the evil eye or any negative influence of control. Smashing the coconut is symbolic of destroying the ego and humbling oneself before the Gods.

Dates:
Greek mythology connects the date palm to the immortal Phoenix. Dates are one of the oldest tree crops from the Middle East, going back more than 5000 years ago. Ancient date pits have been found during archeological digs and palm trunks have been used to construct ancient temples. Dates are a known aphrodisiac, and can help with male potency and virility.

Figs:
In Greek and Roman mythology, figs are sometimes associated with Dionysus (Bacchus to the Romans), god of wine and drunkenness, and with Priapus, a satyr who symbolized sexual desire. Figs are commonly painted in ancient Egyptian artwork. According to Greek mythology, the fig tree got its name from Sykeus (Syko [σύκο] in Greek means fig), the son of Gaia (Earth).

Grapes:
Staphylus (/ˈstæfɪləs/; Ancient Greek: Στάφυλος "grape cluster") is one of several personages of ancient Greek mythology, almost always associated with grapes or wine: Staphylus, son of wine-god Dionysus and Ariadne. Some common symbolic meanings for grapes include charity, wrath and abundance. In the Bible, grapes are used as a symbol for altruism. Grapes are mentioned frequently as positive objects. Wine, by extension, is said to represent faith because it derives from grapes.

Lemon:
In witchcraft and ritual, lemon is used to purify spaces. Lemon is used to banish curses and bad luck. The lemon can also bring love and luck to the magician. The lemon tree was represented in Greek mythology as reminder of immortality. In addition it was considered to be a symbol of fecundity. As the books count the valued fruit of the lemon tree was a gift of the goddess Gea to the goddess Hera on the occasion of a connection with the god Zeus.

Lime:
Lime can be used to dispel negative energy as well. It has similar magical properties to lemon. In Baltic mythology, there is an important goddess of fate by the name of Laima, whose sacred tree is the lime. Laima's dwelling was a lime-tree, where she made her decisions as a cuckoo. The lime tree is also associated with Freya, the Scandinavian goddess of love, and with Frigga, the goddess of medicine, who protects marriage and binds faithful lovers together. In Greek mythology, the mother of the centaur Chiron (who taught medicine to mortals) was called Philyra, which means lime tree in Greek.

Mango:
In witchcraft, mango leaves are used for increasing harmony, balance, and a sense of contentment, especially in marriages. Mango blossoms are given as an offering to the Hindu Goddess Saraswati, (Goddess of knowledge, music, art and wisdom.) Mango trees are a symbol of love and happiness that possess the magical power to grant wishes. Also, they were given to Buddha as a symbol of contemplation. Some of the trees can bear fruit still at 300 years old.

Olive:
Olives are classified as fruit because they're formed from the ovary of the olive flower and they're seed-bearing structures. The first reference to the olive is to the leaf (Genesis 8:11). By seeing the leaf, Noah knew that he could now establish a race in the "new earth". When one wishes for peace, by act they can spiritually request in reference to "extending the olive branch" as an offering of goodwill and harmony. The olive tree is revered in Greek mythology, which credits the goddess Athena, daughter of supreme god Zeus, for bringing it to the city of Athens.

Pickles:
Technically, pickles may be considered both a fruit and a vegetable. Sometimes in German culture, an ornamental pickle is placed on a Christmas tree as one of the decorations. On Christmas morning, the first person to find the pickle on the tree would receive an extra present from Santa Claus or would be said to have a year of good fortune. Pickles are said to be used in witchcraft and black magick as a curse conduit, especially in water form.

Pineapples:
Pineapples have indeed for a long time been a symbol of Hawaii but they are not native to the Hawaiian islands.
The pineapple originally calls Brazil it's home.
A pineapple is neither a pine nor an apple, but a fruit consisting of many berries that have grown together. Pineapples are ruled by fire and the sun, and carries the energies of strength and power. Incorporate pineapples into rituals for vigor and courage. They can increase spiritual power, and personal magical energy as well as strengthen psychic experience and intuition.

Oranges:
Growing an orange tree on your property is said to keep a happy marriage. Arausio (god) Arausio is a local Celtic water god who gave his name to the town of Arausio (Orange) in southern Gaul, as attested to by ancient inscriptions. At least in an ancient Greek myth tells that oranges were known as the fruits of the Gods. They were often referred as the 'golden apples'.

Peaches:
In Chinese mythology, peento peaches were considered the “peach of immortality,” grown by the Heavenly Queen Mother. Today they are symbols of longevity and prosperity. Also known as Xiwangmu, the queen goddess lived in the Jade Pool in the Kunlun Mountains in western China.  It is a symbol of youth and immortality. The fruit symbolizes the continuous process of renewal of life, and the flower is spring, feminine charm, softness, peace, wedding, and also virginity and purity.

Pears:
In Greek and Roman mythology, pears are sacred to these three goddesses: Hera (Juno to the Romans), Aphrodite (Venus to the Romans), and Pomona, an Italian goddess of gardens and harvests.  The ancient Chinese believed that the pear was a symbol of immortality.

Plum:
Its five petals represent the five traditional Chinese gods of happiness.
In East Asia it is a favorite symbol for a maiden's early youth, because the plum blossom appears even before the tree is covered with leaves.

Pomegranate:
Pomegranates have diverse cultural-religious significance, as a symbol of life and fertility owing to their many seeds but also as a symbol of power (imperial orb), blood and death. Pomegranates also represent fertility, beauty and eternal life, in Greek and Persian mythology. In Greek mythology, it was known as the fruit of the dead. They believed to have been born from the blood of Adonis. Pomegranate features prominently in the myth of Persephone and her forced marriage to Hades the god of the Underworld.

The medieval culture considered the strawberry a symbol of sexual temptation because of its many seeds and its ephemeral odor that is hardly remembered after passing – reflecting the transient nature of earthly pleasures. Strawberries represent the good fruits of the righteous man. In love rituals they are eaten in order to make connections remain strong. 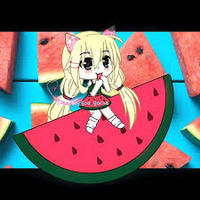 Watermelon:
In some Hawaiian cultures, it’s customary to roll a watermelon out of the front door of your home when a loved one passes away. Some cultures say it represents the moon due to it's large shape and it's watery life. Watermelon was one favorite of author Mark Twain, who said that "When one has tasted (watermelon), he knows what the angels eat."