As I have noted before I have a very small garden. That doesn’t stop it being the favourite sleeping place of two of my cats (Elsa is much more of a wanderer).

To the uninitiated observer it may appear that my cats simply lie in the garden doing nothing all day, but that is not entirely true.

As the sun moves across the sky Scamp and Nyana also move across the garden. However they don’t move in the same direction.

Nyana loves to lie in the sun, soaking up the rays. It’s almost as if she is solar powered. Every now and then she will over heat and move to the shade for a few moments to cool off. Then it’s back to the sun. 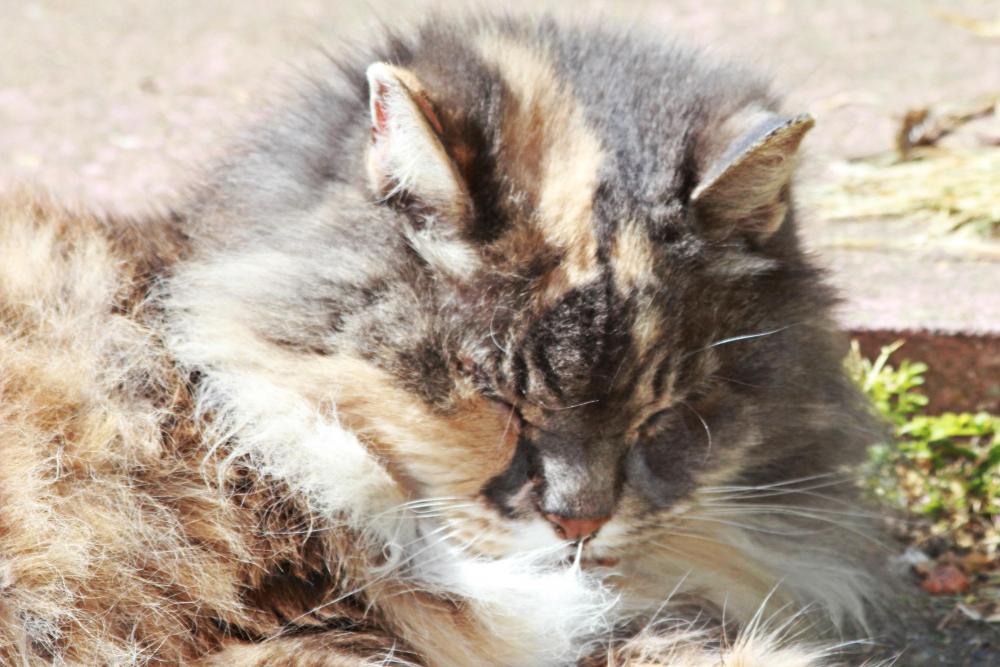 Scamp on the, other hand, prefers the shade. He will seek out the coolest places in the garden. 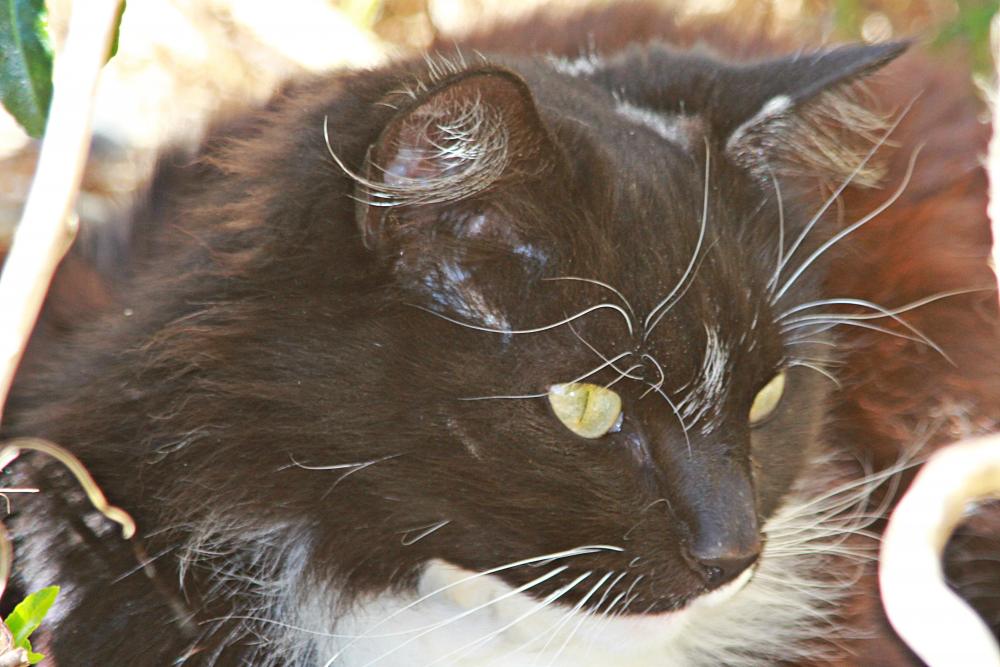 I’m sure that if I plotted their movements accurately I could use their positions in the garden to calculate the time, like some sort of feline sun dial, but being cats they would lie in the wrong place just to annoy me.