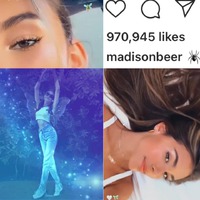 Madison Beer is noticeably taking over everything ethereal and emotional.

Every time I see a picture of her, I think fairies in my mind.


According to the online dictionary, a fairy is described as:

a small imaginary being of human form that has magical powers, especially a female one.


A fairy (also fay, fae, fair folk) is a type of mythical being or legendary creature in European folklore (and particularly Celtic, Slavic, German, English, and French folklore), a form of spirit, often described as metaphysical, supernatural, or preternatural. 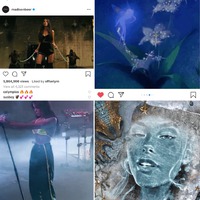 Myths and stories about fairies do not have a single origin, but are rather a collection of folk beliefs from disparate sources (Wikipedia.)

The Fairy Queen or Queen of the Fairies is a figure from Irish and British folklore, believed to rule the fairies. Based on Shakespeare's influence, in English-speaking cultures she is often named Titania or Mab.(Wikipedia.)

Fairies are also known to love jewelry, gemstones and be rulers of the springtime and Madison Beer is a Pisces, which is a spring sign from the zodiac of two fish. Fish symbolize our dreams and the spiritual world, as we were born from the water. Pisces birthstone is aquamarine, which symbolizes the ocean.


Of course, fairies are enchanting, otherworldly & divine, all of which encompasses her as well.

According to the online encyclopedia, Britannia; Mab, also called Queen Mab, in English folklore, the queen of the fairies. Mab is a mischievous but basically benevolent figure. In William Shakespeare’s Romeo and Juliet, she is referred to as the fairies’ midwife, who delivers sleeping men of their innermost wishes in the form of dreams.

Madison is a phenomenal singer and artist with heavenly songs, such as Stained Glass, Selfish and Hurts like Hell!

Most that hear her music are mesmerized by the beautiful melodies and powerful visions and perceptions she has...

Fairies are very playful and innocent although they can wreak havoc when their feelings get hurt and Pisces are sensitive as well.

Fairies are said to be able to switch mortals with their kind when they are babies as they look so similar...

Whatever the case, she is gifted beyond measure and her music is everlasting, therefore making her a ruler over hearts and minds of many.