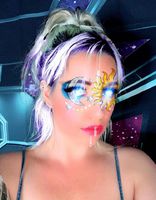 
The Spirit of Time

Throughout the centuries, there have been certain spirits manifested who live for many thousands of years. They are the products of our ages, time and humankind itself. Religion, stories and art are examples of pieces of energy which invoke emotion in people, as if they were actually alive and speaking for long periods of time.

In this world, these spirits can take on many shapes and forms. There can be a mass resurgence of times or customs from the past, which reincarnate these certain spirits. If you look closely in our most holy books, we find that many different versions have come to exist over the ages.

The fountain of the future overflows energy from our minds and spouts mana like it is necessary to condition the Earth. Our destiny lies in the hands of many of these creatures. Many moments have existed in order to bring forward the sparks from humanity that can guarantee our protection and comfort.

The popular novel, "A Christmas Carol," by Charles Dickenson portrays spirits who, in the development of the mean and selfish main person, show him what could have been and will be if he doesn't change his ways. The spirit of the future is the one I played when I was a little girl for a theatre show and the version I did, I didn't speak.

The spirits can help us or destroy us, depending on our perceptions of reality and the future and our memories as well. More or less, time has known to show favor to most and cause creation and destruction in movement with our destinies and desires.

The Spirit of time, is change itself, birthed by the planets in an eternal rotation of acknowledgement and love. It is our breath, our eyes, our hands and the seeds we are planting in the seasons of the sun.

The Greek/Roman God Saturn is known to rule over a day in all of our lives- Saturday. Great celebrations and rituals were held in the honor of his spirit and he still exists today. Even after reading his existence, you are changed, you have moved together, joining forces in a natural state of selection and grace.

There are many Gods and Goddesses dedicated to the seasons and the order of the sun, in where it exists and where it will be. We acknowledge where it was, it's evolution and progression because it is a mirror of the pure spirit of light within all of us.

KHRONOS (Chronos) is the primordial god of time. In the Orphic cosmogony he emerged self-formed at the dawn of creation. Khronos was envisaged as an incorporeal god, serpentine in form, with three heads--that of a man, a bull, and a lion.

This symbology is inconsistent, therefore leaving a lot of mystery to the imagination. Although, the lion is frequently known to be compared to kings and immortals, he is also the harbinger of fear and blood. The bull is known as a powerful and strong Earthen power, with horns to tear through humans and animals. While the lion has been compared to vampires because his teeth will tear flesh apart alive, but creates an eternal life in the end..

It is also known in magick, that certain creatures can be humans who transform into supernatural beings, such as shapeshifters, in order to fulfill the mystical demands of the universe. The paranormal exists, overriding the normal certainty of reality. Many dimensions exists in times and space, so could this be the heart of time itself we are within. As above so below, therefore if our hearts can be known...the feeling must be mutual.

In Christianity it is said that God created Heaven and Earth, light and dark. He is felt as a spirit that is forever, overseeing time and all it's moments with haste and hesitation. This is because in the end, it is thought that we will be judged for our deeds and actions of life- in which time sat by closely to monitor what was meant to be and what wasn't (the truth).

There are many apparitions that appear as ghosts that seem like glitches in time. For example, The Bake-kujira is a mythical Japanese ghost whale that is a large ghostly skeleton whale and is said to be accompanied by strange birds and fish. After seeing it, people are said to feel as though they have been cursed, like something is off.

Some wandering ghosts are said to be lost souls. This could be because there was a glitch in the system or because it's supposed to be, either way there are people and angels that help them find the light. Because, as we know, they are supposed to have passed on into the ghost realms, but instead were left behind.

Wherever there is an injustice, time will be there to set the scales straight. Time is the balance of truth and lies. Where your heart is weighed for impurities, the spirits will know every heaviness inside of you and when it spills over, just like the unattached who experience a lightness and freedom, the energy can not be mistaken of who you are.

So, prepare to know time, to know every moment, to think you know somebody, but then to find out by time they were much different then expected. Prepare for lessons learned, life's changing, death and revival. Prepare for the coming of ages, the spirit of movement, metamorphosis and growth to happen, regardless of your involvement or not- there will be a measure for every breath taken.

We proceed with determination into the astral worlds where we exist. We may transcend any illusion that stops us, such as gravity. May death bring you even closer to the spirit of time and what lies in the hereafter and the before...

Who would wake me from a holy, beautiful slumber

When the dreams I dream them and then I wonder

Where are the fragments of time that I am missing

Water is drip, drip dripping down from my eyes blue

Where did they go, the pieces of time that I held near?

Into my hands, Into Earth, descending like my tears...


Legends of Crows & the Clock of Destiny


The Throne of Heaven