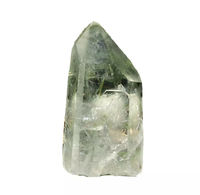 I have been a demonologist / ghost hunter for many years now.  I have been on over 2000 cases.  I have had many ghost hunting groups turn over a demonic case to me, because they couldn't handle it.  My nickname is the Demon Warrior.  I take on any demonic case that is thrown my way.  When I take on a demonic case, the first thing I do is have my team investigate.  We try to collect evidence and if we do collect evidence, we present it to the client right on the spot.  We do not take days or weeks to provide the evidence.  With EVPs,we do "quick and dirty" sessions.  We say something simple like..."is there anyone here?"  We pause, to give the entity time to speak and then we play the recording back.  Sometimes the entity will speak during the time we are recording, while we are waiting for the entity's reply.  We try and capture any kind of anomaly on our cameras.  When seeing orbs, they can almost be anything, such as dust, lint, skin flakes, light refractions, dew drop particles, etc.  What we try to do, is show intelligent movement.  I will place my hand on the wall and tell the orb to appear by my hand.  With possibly 3 cameras, I have my investigators take a picture of my hand and at times I will have an orb located on my hand, showing intelligent movement.  This would be something that I can deem as paranormal.
CASE EXAMPLE OF ORB SHOWING INTELLIGENT MOVEMENT
I had an investigator who felt that "Emily" (an entity) was draining him and he had to sit down.  I asked Emily if she liked the investigator, and if she did, I asked her if she would mind going over and kiss the investigator on his lips.  I had 3 investigators with 3 cameras take a picture of the investigator that Emily liked.  When looking at the photos, we captured an orb on his mouth.  Emily was kissing him!  We told Emily to sit on his lap and our next photos showed an orb hovering over his lap.  This showed intelligent movement and it was something I could deem as "paranormal".  Sometimes we capture "designer orbs" in our photos and when we enhance the designer orb photo, we will see a face inside the designer orb.
CASE EXAMPLE OF DESIGNER ORB SHOWING RECOGNIZABLE FACES
During a case in Del Paso Heights in Sacramento, CA, I took a photo in the backyard of the place where we were investigating. I noticed I caught a picture of two designer orbs.  Note: Designer orbs usually have intricate designs inside of them, almost like a snowflake.  I enhanced the photo showing the designer orbs and noticed that in both designer orbs, it appeared that there were two faces of dogs.  I asked the client what she had in her backyard and she said "orange trees".  I said..."what else?"  She said that her two previous dogs were buried back there.  I asked her to look at the photos of the designer orbs and she started crying.  I asked her what was she crying about?  She pointed to the designer orbs and said..."those are my two dogs."    Something like that, I can deem as paranormal.
FULL SUBMERSION BAPTISM
Now, let's start talking about cleansing. I also conduct full submersion baptisms.  If our client says that he or she has an attachment, usually a demonic attachment, a basic form of exorcism is a full submersion baptism.  If the client has an attachment, the attachment will immediately leave.  We will usually conduct the baptism in the client's bathtub or pool, if they have a pool.  Deanna Jaxine Stinson, Psychic Medium and myself will pray over the water and throw in some holy water, blessing the water.  I usually have my cross with me, to dip into the blessed water. The baptism is usually quick and painless.  I will grab one leg, have them hold their nose, say a protection prayer and then dip them into the water.  I will make the sign of the cross or have my cross with me, to place on their forehead.  After the baptism, my clients feel relieved and 99 percent of them, will say the attachment is gone. 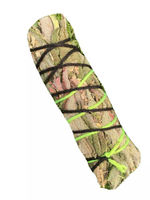 ROMAN CATHOLIC HOUSE BLESSING
When I conduct a Roman Catholic House Blessing, I have two things, my trusty cross and holy water.  I learned the method that I use, from a Catholic priest in the Southern States.  He would sit there smoking cigarettes and explaining to me how I can bless a home.  I never knew I would become a paranormal investigator and that some day I will use this information.  He told me that all religions believe in angels, or protective supernatural entities and that if I go into a home, where they don't believe in God, then call upon angels to help.  I will usually start from the back of the house and ask for God's angels to watch over this home, to watch and protect the family, the family's friends and outside family members and also the family's pets.  I will ask the angels to close any portal in the house, I will ask the angels to throw out any entities in this house.  I will ask the client..."do you want them here?"  The client will say..."NO!  I do not want them here, you must leave!!"  I will conduct a four winds prayer, sending the prayer into the four winds, covering everything.  If there is something I possibly missed, I will conduct a four winds prayer to assure that everything is protected and cleansed.  I will go through the house with the client, blessing every room and pressing the cross I carry on the inside and outside of each room and constantly asking the client..."do you want them here" and they answer..."NO!  I want them to leave!"  As we get to front door, I conduct another four winds prayer and afterwards place the cross on the client's forehead and ask them if they accept Jesus as their lord and savior.  The client says "yes" and I give them a warm embrace.  The cleansing is complete.
METAPHYSICAL CLEANSING
If the client is not religious, Catholic or Christian, that is when Deanna Jaxine Stinson steps in.  Deanna is a Psychic Medium and will conduct a metaphysical cleansing using smudging wands, incense, candles and lots of prayers.  She will go into each room with her smudging and prayers.  Her smudge wands are made of very many mystical properties from various plants and herbs, such as sage, cherry, lemon, eucalyptus, oak, pine, walnut, fig, deer grass, etc.  Many people know that sage works in smudging wands, but did they know that other plant types and herbs work in smudge wands?  Each plant and herb has it's only mystical properties.  Deanna uses cinnamon sticks, crystals, various minerals, palo santo wood and many other metaphysical items.
CONGREGATION HOUSE CLEANSING
If my Roman Catholic house blessing doesn't work, then it's time to take things to a new level.  Go to your local church and ask the preacher or pastor, if you can have the church congregation come to your home.  If you can get a church congregation to your home, have the congregation walk through your home singing spiritual songs and saying prayers.  This will bring so much positive energy into the house, that anything negative will automatically leave.

SELF BLESSING OF A HOME
If you don't want a whole congregation walking through your house and putting shoe mud on your carpet, then you can self bless your home.  Go to your local dollar tree store and purchase some angel figurines.  Take these angel figurines and dip them into holy water and say a protection prayer to each angel.  The prayer should be as simple as this...."I ask God to protect me through this angel".  Place the angel figurines around all openings of your home, like windows and doorways.  After you have did this, step in the middle of your house and say a loud and meaningful protection prayer and ask God and his angels to protect you through the angel figurines around the house.  Ask the angels to close any portal in your home and vanquish any negative energy or spirits from your home!
HEDGE OF PROTECTION PRAYER
When you complete an investigation and if some of the investigators feel unsafe, conduct a "hedge-of-protection" prayer, by holding hands and standing in a circle, allowing the conductor of the prayer to spray holy water on everyone participating in the protection prayer.
Sign in to follow this
Followers 0