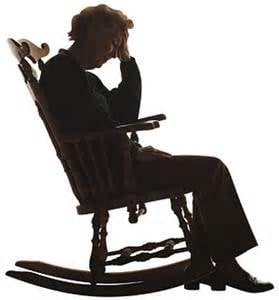 Janet, at Journeys End
I do believe that people come into our lives that we are supposed to take care of. Most of us have people come in and out of our lives, some we help for a short time, and then they move on. Which is as it should be.
Then there are others, perhaps a very few that we know that we should help them over the long-haul. They can be people who drive us crazy, but we freely help them, without compulsion.
Janet (not her real name) is one such person. I met her in our retreat house in 1991. At that time I was the guest-master, but only stayed for two years. I had to leave to return back to the infirmary, which I stayed until I came back being guest-master in 2013.
Janet at that time was 51, in good health, but had some mental health issues that made her life very difficult. Troubles that only got worse over the years, and in all the time that I have known her things did not improve.
Her education was impeccable, and she went to the best colleges. She could teach history, mathematics, and philosophy. In the years that I have known her, she did try to teach, but she was told because of her disability she could only work a few short hours a week. If she went over that, she would lose her benefits. She, sadly, had to quit teaching, which she loved to do.
For the past 15 years (at least) she has been living in a long-stay motel. It became her home, and she was very protective of her independence and privacy. Different people helped her over the years, but some of them had to back away because she could be very demanding. She would also wear people out because of her insistent phone calls at one in the morning. Because of her medicines, she had to sleep long hours, more often than not, during the day.
Because she was in survival mode, she was very anxious about everything. Getting rent, getting rides to the doctor, to the store, etc. She always had enough friends who were willing to help her.
I suppose one of the important lessons I learned from Janet, was that boundaries were not one shot in the dark kind of issue. No, boundaries had to be built up over and over again, as well as being honest with her when she got to be too demanding.
Judy, a good friend of mine helped me to understand Janet better. She filled me in on many of her good qualities. A couple of these points she shared with me. She told me that Janet’s main strength was her ability to keep a positive attitude even when things were not going well for her. The second quality was Janet's deep sense of gratitude for her life and her friends. She always bounced back. Judy showed me what it means to be truly charitable and loving, and less judgmental.
Over the years Janet’s health issues built up. Janet had trouble dealing with problems, often preferring not to think about them. So I had to learn to let go trying to push her to see the doctor. She was simply afraid. Anyone can understand that.
Her brother helped out in taking care of her. Yet he did not want Janet to know. He was afraid that if she knew, she would badger him to death. So it was our secret. He is a good, compassionate man who has had to deal with his sister for many decades and while loving her, knew that he had to keep a certain distance. They would talk from time to time on the phone.
When Janet was starting to really get weak, and more confused, I tried to get her to place herself in a home so she could receive good care. I was also afraid that she would have a bad fall in her room and no one would know. She told me that she did not want to think about it. So I said one last time that if she fell in her room and had to go to the Emergency Room and had to go into the hospital, she would not be able to go back to her room. Again, she declined to even consider it. So I let it go, though with some sadness.
About a month after our talk, the fall in her room happened. She was placed in a nursing home. It was a rough transition for her. At this time, she is most likely dying. She has lost a lot of weight, and her cancer, which is in more than one place is now on its final lap.
She is Catholic and was able to get the Last Rites. Janet has had a hard, anxious ridden life. She herself has hurt many, but most likely she had no idea she was doing it. She is not in a good relationship with her children, though one daughter has stepped up to help her in this last stage of her life.
I do not think Janet’s life was a failure. For there are many who do love her, I being one of them. Also by her wit, she did bring joy into many lives. She never met a stranger, always affable and funny when talking to others.
So I am glad to have known her, as well as happy that I could in some small way help her over the years along with many others.-BrMD
Sign in to follow this
Followers 0