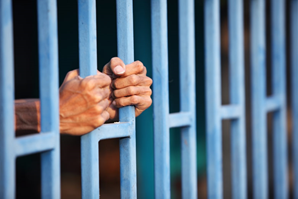 (But never giving up on them)

I was writing to one of the prisoners I correspond with this morning. I always learn a lot from them. While it is true that from time to time I get a con-man, they soon give themselves away, and then I challenge them, and for the most part, they stop writing to me.

Walter, is a middle-aged man, who is in for a long stretch. When I searched his records there was not much there, so I do not really know what he is in for. I don’t ask them personally, but find out on line what they have done I I feel the need to do so. A few for some reason do not have much at all. So I let it go. A few of those I write have told me what their crime was.

In any case, I have been writing to him for about six months now. I usually send one letter a month, and now I am using email for most of them. He has not asked for anything, he just wants someone to write to.

Like many prisoners, he is seeking deeper answers to life’s questions and wants also to stop cycles of activity that keep landing him in trouble. Quite a few seek to study their faith tradition and want to deepen their relationship with God. Walter is not bitter, or mad, he knows he needs to pay for his past and is looking forward to starting a new life once he gets out of prison.

He is very intelligent, a good writer, and I look forward to his emails. He does not over send, about two a month.

Another prisoner, I will call him Dale, started writing to me about a year ago. He comes across as someone who may have some cognitive difficulties, or at least I thought so. His letters were short and childlike, so I responded to what I believed who he really was.

He writes a lot. I still answered him about once a month. Then he asked for stamps, but I soon found out that because of his frequency in writing it was getting to be too much. I sent him a concordance, as well as a bible, which I was happy to do. Then he did something that alerted me that he might actually be a very skilled con-man. He wanted me to send him my credit card number so he could order books on his own. I never share my credit card number with prisoners, and the fact that I was asked, could point to the reality that he has been playing me about this, leading up to me sharing my card information.

Of course, he could be what he shows me in his letters and is asking for my card from the level of good-willed simplicity. Yet I am doubtful.

Most of the prisoners that I have written to over the years, the vast majority just want someone to write them, and because of me being a monk, tend to want to ask questions, as well as share their faith.

So I will write Dale and tell him of my concerns, let him know that in no way could I ever share my credit card information, and the very fact that he asked me makes me wonder if he is a con-man. So if he wants to continue to write to me, do it by email, and I would be honored to stay in touch. I will also tell him that if I am wrong, I apologize in advance. He needs to know that I do not want him to ask for anything from me but to just write. I do not regret sending him the books.

If he writes me back, and this continues, in about a year I will volunteer to ask him if he wants any books. I hate doing this, but some discernment is needed. Again, the vast majority of those I write are legit, and no problem. Many are now out, and hopefully, they are doing well. I do not expect them to continue to write, since I am no longer needed.

Life is one big Gordian knot, yet we have to try to unravel the best way we can, even if we will not succeed the way we want to. Those in prison have a choice on how to live, just as we do. We have a seed of freedom, and it can only grow if watered by grace, good choices, and discipline. It takes a lot of energy to simply be a decent human being.

I always live in hope for everyone, and I hope Dale and I can continue to write. Even if he is trying to con me, I will still write to him but keep good boundaries. Boundaries always need ‘fixin’, so I guess I am trying to ‘fixin it’.

Prisoners are part of my tribe, so I pray for them, leave the ‘fixin’ up to the grace of God. God sees deeply, I just see the surface, knowing that helps me not to give up either on myself, or others.—Br.MD