Join the Unexplained Mysteries community today! It's free and setting up an account only takes a moment.
- Sign In or Create Account -
Jar of Jewels
By Deanna Jaxine Stinson aka Wish Fire

The ship, it swayed to and fro. It was filled with treasures- so much so that the whole thing toppled over itself from the weight. The people who were driving the boat, had tried to warn them. They had said their greed would get the best of themselves.

In this world, the gemstones were not just minerals- but, pieces of time. Each one represented a moment from which a divine epiphany had came and went. It was well reward for spending time with the gods, which I had many.

My dreams they all flow with a desire to be balanced, in order that the ship can move forward easily and surely. Why, it rocked back and forth because the riches had come so easily and naturally, that I had saved up not only the chests filled up highly, but many friendships as well had came to share in the pleasures.

The gods they gave me magick in each one, to study, to record and to remember. So many years had passed that I had grown lazy in organizing them that they have built up quite fast. There were even so many a dragon had taken it’s residence in the storing room.

But there is one artifact from my mind, which I can not take myself away from. It is a jar of jewels, built with black gold so dark that it is the most exquisite you could find and lined everywhere with black diamonds. The shape is a modern one- like a three petaled lily. A black bow made of the finest silk, hugs the curves of the valley, which defines the center.

Black gold is made from yellow gold and other dark-colored alloys or sometimes blackened using various surface treatment methods. It does not occur naturally. Coal is called black gold because it is black in color and it is costly too. It seems to be a code for a fantasy gold, which must surely exist in this twilight zone. 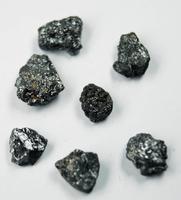 For those who have never traveled on the water as black as a cloudy sky- you would never know the feeling and the spirit which runs through their veins, their inclusions- cut up and tarnished, more than any other.

Black is the color of death, truth and curses. There is a lot of superstition around the color black and that is perhaps why one of the most important significance symbolically of this stone is for strength, power, mystery and beauty.

Untie the silk and uncover what is inside of the vast nothing of silent reverie. Of the blindfold softly laying upon your eyes as a shadowing warning of impending doom and despair. Meteors are tied up in the heavens like the ribbon is and as it unfolds- so to does my anticipation and enchantment, lighting afire the Heavens.

A premonition overcomes me of a comforting time. A time when everything was simple and the meaning could be easily found. Inside I can see the rings- the crowns, - the necklaces- all the things which indicated the relationships through several lifetimes.
The connections- that which links us together like chains wrapped around each other in harmony.

I could see into many worlds, through many night skies and so much danger. I could feel the warmth of the blood which was breathing many breathes and my hands trembled as I held my life in my hands in such a way to be understood.

All the wishes that we made on these stones that came from the Earth and from outer space because we somehow knew that spending all this time to whisper to each other, would cause us to connect- like two galaxies colliding into each other.

What enchanted spirit resided within this beautiful jar and into the palms of others, who held the same precious fortunes out into the world as we did. The same people who dreamed the same dreams and had desired to remain abundant, nurtured, lucky?

The magick of the genie lamp is in the rubbing with your hands. Your hands will create a beautiful story in order to communicate through lifetimes and language. I let mine fall away to the side as the jar dropped into the water, forever knowing that at the bottom of the darkness, the wishes could never come true.
There surely was no hope there.

I had wanted some of them to, but they had become like empty promises, devoid of life to look at. From where love use to flow was only left a vessel of life, a phantom- a ghost and I wanted to leave the weight behind, in order that my hands could be filled with the present and I could steer the way back home.