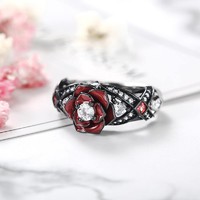 All over the world, human beings have been collecting various material from the Earth for many purposes. Some of the most popular uses for Earth minerals are for art and jewelry. As a universal species, we hold significance in rarity and expense. A luxury item is considered to be unique, well made and timeless.

Many lapidary artists fashion stones and the like into exquisite shapes which hold the designs of our hands in a well-formed condition. This enables us to place the pieces onto our bodies, like armor of the heart and soul.

There are several gemstones and jewels which have spiritual significance and power, that only certain people of an elite stature could acquire. This jewelry represents divine kingship, nobility and authority. It shows a favoritism by the world, the cities and it’s Gods.

However, jewelry is so mainstream nowadays that anybody can afford it. Jewelry can even be made out of a simple bouquet of flowers, common metals, woven fabrics, and anything you could imagine which is malleable.

So what are the most popular pieces of jewelry worn today and where did they originate? What is the significance behind the things we do each day. Who are the gods that rule over our everyday lives with their touch- their power? Why do we desire to wear jewelry and what can be learned from this habit we have of ornamenting ourselves, our leaders and our Gods?

From a simple dedication of love, one who adores you may wish to adorn you with the most beautiful jewels, in order to inspire loyalty, faith and lust. The most popular romantic display of affection is by the presentation of a ring, typically in a manner which begs for attention and reward from a promising relationship.

The Western traditions of wedding rings can be traced to ancient Rome and Greece, and were first associated with marriage. The modern exchange of rings comes from the customs of European culture, from the Middle Ages as part of an act of Christendom.

It is thought though, that ancient Egypt was the first known culture where people would exchange rings for love, which were often made of woven reeds or leather. This is because there is well preserved evidence from at least 5,000 years ago, which would coincide with this theory. 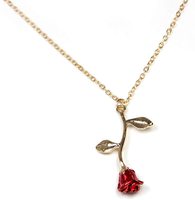 A necklace can be worn many ways. In order to qualify, all it needs to do is drape the neck. The neck is known to be one of the most important parts of expression, as we speak, sing and even shout using this instrument. Our throats contain vital essence of transformation, protection and truth.

So, therefore in order to guard one’s tongue, words or voice, a necklace may be worn made of any numerous gemstones, metals or materials. It can aid with a sense of empowerment, spiritual strength or to make a statement.

Necklaces are known to be one of the oldest types of adornment in the world. Prehistoric necklaces were mostly made from natural materials- such as feathers, bones and stones. While, in modern times, everything is processed in detail and with great precision.

In the early 1900’s, the designer Chanel popularized costume jewelry and designs began changing rapidly. Jewelry shapes took a more geometric and balanced, refined stance on the body, while the purpose for wear became common in everyday life and love.

According to the dictionary, The origin of the word 'bracelet' is from the Greek “brachile” meaning 'of the arm', via the Old French bracel. A bracelet is also a small brace or bracer (an arm-guard used by archers).

However, The earliest known Jewellery was actually created by Neanderthals living in Europe. Most notably, we have discovered perforated beads made from small sea shells and they have been found dating to 115,000 years ago, from the Cueva de los Aviones, a cave along the southeast coast of Spain.

Earrings have remained popular for over 7000 years, and originated in ancient Asia. Egyptians would wear earrings to signify the fact they were wealthy. Although, in ancient Rome- earrings were worn only by slaves, and in ancient Greece by prostitutes.

Hoop earrings are thought to have originated from Africa- dating back to Nubia, a civilization that existed in the fourth century in what is now present-day Sudan. In ancient Egypt, both men and women wore them. Hoop earrings are a very popular choice of jewelry today.

Ancient Sumerian women's earrings are the earliest earrings archaeologists have discovered—they date from perhaps 2500 B.C.E. and are typically gold hoops. Earrings of twisted wire, beads, and pendants were popular in the Aegean, Crete, and Cyprus. Sailors also usually wore an earring on one ear to signify that they have sailed far and to pay for the funeral to whomever found his body first. 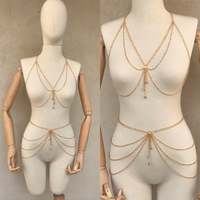 Another type of piercing that has made a popular resurgence is body jewelry, which includes; facial piercings, such as the nose, lips, eyebrow and more. Also, piercings of the belly button, the sexual organs, & the breasts are now widespread and accepted.

Ankle bracelets are another form of decoration that is popular to wear when one is barefoot, at the beach, for a ceremony or any possibility that you can imagine. People even put jewelry in their teeth, in order to exhibit their wealth on eternal display. In fact, almost anywhere on your body can be pierced.

Because of the strangeness, most religious western denominations look down upon alterations of any kind, which stray from the natural order that god originally set forth and the word of the bible. So, you will find that people who have several piercings might be shamed or dehumanized in a traditional church setting or amongst some longstanding and religious sects.

Body piercings are supposed to have originated in Arabia and spread throughout Northern Africa and the Middle East from there. According to our history, it has been widely received for thousands of years to date.

The 5 Most Popular Types of Jewelry

Because of the inspiration that the Earth has to offer, humankind has fashioned a wardrobe of jewels, feathers, metals and more for divine purpose and right. The ownership of jewelry in America today ensures an investment in one way or the other- may it be in a relationship, as a monetary value or other commitment of some kind.

It is the sacrifice of intent, which begs to be recognized for the power of creation and blessings which is bestowed upon mortals and immortals alike. However, you choose to wear jewelry, know that it is not just some frivolous affect which has us claiming ownership, but also a supernatural ward against negativity, evil and bad luck.

There can be bad energy associated with jewelry though, whatever your culture or beliefs. On your wedding day, for example, the rings exchanged must be in honor and truth or else they will develop an unlikeable quality which will repel the heart that accepted it. They are markers of marriage, protecting the relationship by stating the obvious.

Perhaps you wear jewelry that is too expensive and then you may be robbed as the greedy fathom in disgust at the open display of affluence and regal stature. Many people have guards protect them to wear very valuable pieces, in order to be safe.

Whatever your view on jewelry is, it is sure to be a custom of humans for many more thousands of years to come in the future. It will always hold a sacredness and directness over our species and hold value in the world- which people, no matter the language or identity, can easily and surely identify.