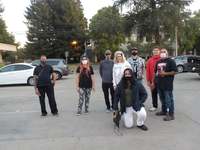 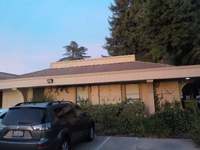 Date to be there: 10/10/2020 Saturday. Time to be there: 6pm. This may be an all nighter. The caller is a Medical Doctor / Brain Specialist. Experiencing poltergeist / demonic activity. Constant knocking on his door at his office and his home. The occupant is constantly being scratched and the entity's scratches are in 3s -disrespect for the Trinity. Recently received a scratch mark that went straight down his back. We will be investigating both places, office and home. Address to be at, his office: Lodi, CA. Fictional Name of Client: Fred Johnson. Fred does not want to be on camera, and does not want to be identified as a doctor. HPI Case Number: 5U30P751M9604.  Special Note:  The client only allowed us to investigate his office and not his home.  We gathered enough evidence, in which he was satisfied and it did not require an all-nighter.

HPI PARANORMAL INVESTIGATORS ROLL CALL
Deanna Jaxine Stinson - Psychic Medium, Financial Officer, HPI Co-Owner; Paul Dale Roberts - HPI Co-Owner; Master JM Isidro Jr; Brandon Smith; Kathy Smith; Nick Asevedo; Jo Jo Asevedo; Justin Cortez; Jason Wilkerson.
INITIAL BRIEFING:
The Professor briefs all of the paranormal investigators in the parking lot.  He tells us that things started happening in Vallejo.  Those things are paranormal activity.  The entities may have followed him here to Lodi.   The first incident was a loud 3 knocks at his back office door and when he opened the door, no one was there.  More knocking started happening and again, no one is ever there.  Objects move about in the office.  The Professor, a very intelligent man who went to prestigious schools has now became nervous and decided it was time to call HPI.
Red Phantom Chaser
2017 Kia Rio 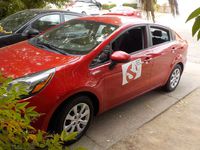 THE INVESTIGATION:
We had two teams.  One team was called "The Outsiders" and the other team was called "Team Double Dutch".  We had two investigative sessions, one outside and one inside and then on the 2nd round, they would switch areas.  Nick and JoJo Asevedo acquired all sorts of EVPs that sounded like unearthly growling or howling.  Many times the ghost radar was going crazy and names were being thrown out on our ghost devices.  We captured a CLASS A EVP outside, where Deanna detected an entity.  The EVP was 3 words and the voice was of a little girl and there was no little girl with us during the investigation.  You can hear the EVP at one of the video clips in this article.  When an investigator asked on his recorder, is anyone here and we get a background voice saying..."we're all here!"  EVP.  Jason felt an entity brushing up against his skin and hair.  The first round of our investigation, we gathered all kinds of evidence. The 2nd round, the entities must have pooped out and the evidence was insignificant.  Deanna picked up on entities across the street, so I went over to the building across the street and the lights in the building started blinking off and on and I captured one EVP in which was a small whisper.  The ghost detector was throwing out names like Nancy and a few other names.
THE CLEANSING:
Deanna conducted a metaphysical cleansing with the help of Master JM Isidro Jr.  I conducted a Roman Catholic Office Blessing.  Let's just hope the entities are gone.  The Professor was saddened that we captured an EVP of a lost girl spirit and he hopes she will find her way to heaven.  The Professor says the girl sounded like she could be 5 years old.  Listen to the EVP and you be the judge.  Special Note:  The Professor is associated with one of the scientists on The Entity case.  To learn more about the Entity case, see here:   en.wikipedia.org/wiki/The_Entity
Sign in to follow this
Followers 0