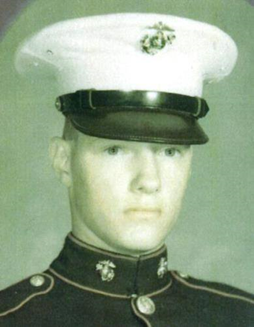 Two Marines (twins) and the Blessed Mother in Viet Nam

(I have permission to post this from Spirit Daily)
Joseph Nasiatka, the former Marine whose accounts of the Blessed Mother stirred a massive response at this website many years ago, died November 30. His account is below.
It was a month — November — that also saw the death of Jim “Zdenko” Singer, a reputed visionary from the Toronto area who died after years of illness. Two seers. Two exemplary Catholics. Two suffering souls in a world that desperately needed their prayers.
According to Kathy Mastalerz of Fayetteville, Arkansas, who became close friends with Nasiatka ten years ago, miracles swirled about the mystical former marine right to the end. “He went through hell,” she says, “and died November 30 at 1:55 a.m., Arkansas time. I had awakened before the call [that he had passed] from a strong scent of flowers.”
According to Mastalerz, Joseph’s identical twin Rocco — who likewise had been a Marine, who likewise had an encounter with Mary (while in Viet Nam), and who lived just minutes from his brother — was walking through a plant where he and his brother both had worked for five decades “when despite all the chlorine, he smelled floral scent too during the night shift. It was at exactly the same time.”
Residents of Pawcatuck, Connecticut, the Nasiatkas were known for “miraculous” rosaries they made by hand — Joseph able to fashion what Kathy says were “perfect” ones in just an hour. He made thousands. “They were as good as any machine could do,” says Kathy — noting that despite missing two fingers, Rocco is now able to do the same.
A former police officer, Mastalerz had met the men after a tragedy in her own family, and though by then their rosary mission had ended, Joseph strung a special one for her after she sent him a letter about her distress (a brother had committed suicide).
“About two weeks after I contacted him I got a call out of the blue and it was Joey,” she says. “They had stopped making rosaries but he made one last rosary for me and wrote me a real nice letter and included some other spiritual things and a picture of Blessed Mother that was like what he had seen when he saw her years ago.” She says the Connecticut man — a hidden soul who for the most part remained very much out of the limelight, never making public appearances and only reluctantly agreeing to publicity — felt his suffering was so he could bypass purgatory. It was also as a victim soul, says the Arkansas woman, who said he had known since youth that for his own sanctification and that of others, great trials would meet him in the end.
“One week before he passed he had Rocco order me a 17-pound ham as he did every year for ten years for me and my family to share over the holidays. He was on a respirator and couldn’t speak but somehow he managed to get the message to Rocco to send me my yearly Christmas ham. Rocco is always quick to point out that they were just instruments that the Blessed Virgin Mary used to bring individuals to her Son Jesus Christ through those Rosaries. Many miracles were made possible through those rosaries.” Indeed, the accounts were legion, though Rocco is very private and prefers to remain so.
“They were born on Easter and from the time they were very young boys, things that a child might not be able to understand at that age began to manifest in their lives,” says Kathy. “Joseph always laughed and would tell me that they were ‘God’s pets’; this however came with much tragedy and sorrows.”
They never used computers, adds the Arkansas woman, “and never owned smartphones. Joseph shared that on News Year’s Eve, while others might be out celebrating, they would usher in the new year by saying a Rosary. I found myself starting to do the same and will make that my yearly New Year’s tradition for the remainder of my life.”
Since his death (from esophageal cancer), she says, “people are coming out of the woodwork” with accounts of what Nasiatka quietly did “behind the scenes” for them. She says that after Joseph’s death, his twin heard his voice saying, “Rocky, I’m in glory now.”
At any rate, we felt that — once again — we would replay the articles on these two extraordinary brothers, whose “Christmas” miracles occurred all year round.
[From the archives of Spirit Daily.com]
By Michael H. Brown