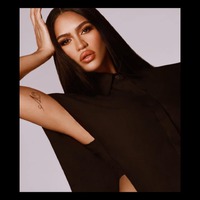 Cassie: Coffee Goddess
My favorite song that the artist called Cassie sings is called Me & You. It is such a good dance song and I have been loving on it for years. She also has a new song out with @realblackcoffee on Instagram called "Time." It's pretty good, you should check it out. His album is called SUBCONCIOUSLY!
Her music and style is smooth, moist, soft and deliciously- literally like coffee. She inspires me with her positive energy and good vibes! Her instagram is filled up with beauty & music shots. Because of this, I am turning her into the Coffee Goddess.
According to folklore, The divinity of coffee, tea, and other caffeinated drinks or foods is named Caffeina & is the Roman goddess of energy, stamina, and determination. She is usually portrayed as a beautiful woman rising (dancing) from a coffee cup,, who blesses us with her potions clarity and vitality. She has the power to inspire; just like Cassie's music does! (That's how it makes me feel when I am dancing).

Cassie: Coffee Goddess
Coffee was first thought to be discovered as a berry growing on plants. It was noticed as a stimulate by goats, who were gnawing on the branches- probably in Ethiopia by a god or goddess by the name of Kaldi, who was a goat herder and brought the research to a local monastery, where it was turned into a potent drink.
By the 15th century, crops were grown in the Yemeni district of Arabia and by the 16th century it was known in Persia, Egypt, Syria, and Turkey. Soon after, coffee shops began to become popular and a widespread coffee culture was born, forever gracing history to this day.
Coffee houses than became to be a popular place for artists, creators and musicians. Still today, many host live singers, entertainment, books and comedy acts. Coffee helps people feel good and have a spiritual understanding & love of the world. 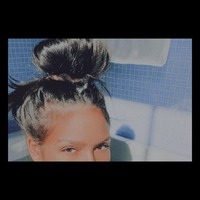 Cassie: Coffee Goddess
Because coffee is a rich black color, by the time it came to our attention, it was regarded by some as an invention of the devil and several people tried to outlaw and ban it before Pope Clement the eighth gave the final decision that it was safe for spiritual consumption. It was however still feared in Venice, even up to the 1600's.
Coffee is a beautiful gift to us, which we are lucky to have, especially considering all the forces that tried to destroy it for lack of understanding. It just goes to show you that hate is definitely a misunderstood emotion and false illusion which dooms the mind to sleep. Drink some coffee and be blessed to wake up, both spiritually and mentally!!
Thank you to all the world & angels who brought coffee to my lips to be drank almost everyday in several different variations and elixirs. I forever bless all the gods and goddesses of coffee, clarity, resurrection and vitality with love and light, protection eternal by the authority of Wish Fire & all those in my secret society- spiritual and physical beings of love.
BLESSINGS FOREVER
LOVE WISH FIRE XOXOXO
Coffee House Playlist:
youtube.com/playlist?list=PLu1EDbVKu3weR-3xxAYxGUad-t2QjkrTN
DANCE SLOWED
www.youtube.com/watch?v=SGBWE8ydqWs&list=PLu1EDbVKu3wcewgDsvPA1RNHWZfVGo426
DANCE cREATIVE vERSIONS
youtube.com/playlist?list=PLu1EDbVKu3wfyXEa1-j7HWkzsO9LH2cgH
Sign in to follow this
Followers 0