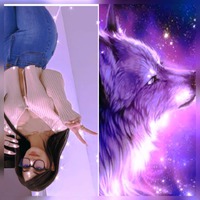 Wolfs have a long supernatural history based in occult foundations. The whole place of Rome was built on the spiritual conception of wolfs; According to folklore, Romulus and Remus are twin brothers whose story tells the events that led to the founding of the city of Rome and the Roman Kingdom. The murder of Remus by his brother, along with other tales has created several legendary cultural philosophies in history.
In fact, dogs are deeply woven into ancient times and modern as well. Several people around the globe have dogs as pets and even considered as family by the most kind animal lovers.
However, it wasn't always the case that they were so caring. Dogs are genetically wolves in their wildest forms of being. They symbolize untamed nature, fierce loyalty and display a protective pact mentality.
There are many people who inspire my taste for the wolf spirit in our culture today. I have turned three artists as mentioned above into wolves, in order to honor and protect them as well. Sssniperwolf, Agnes Bruckner & Billie Eilish have all brought attention to them in several different ways. 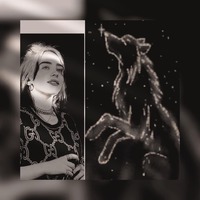 Because they can also symbolize the devil, they were richly associated with woman all throughout the ages. They soon became very feared with the widespread belief in Christianity and all the metaphors for the predators of the world; which of course was taken literally by the physical thinkers.
SSSniperwolf Agnes Bruckner & Billie Eilish: Wolf Goddesses
The wolf spirit can guide you which these woman do in our society in a positive way. Billie is frequently posting media of her dogs, spreading awareness and hope! Sssniperwolf howls at the end of every video she does as she offers you to join her wolf pack of friends and Agnes Bruckner played the part of a werewolf in one of my favorite movies; soundtrack and all: Blood & Chocolate. She is also a fierce mother who literally posts her kids all day and night on Instagram and wolves are known to be supernatural moms! 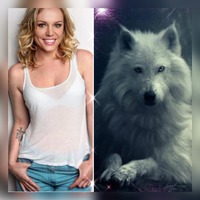 The wolf is also associated with spiritual journies, strength & power over mortals. In fact, they were so feared that in most fairy tales concerning them; they play the villains. They are shapeshifters and can be werewolves or sweet puppies!
All these woman have great respect, honor and awe for the wolf spirit and so I am blessing them forever in my name, by the spiritual authority of Gods, angels and humans alike, through my secret society in the name of pure love, luck and eternal protection with healing & beauty forever.
WOLF x KISS
<3 <3 <3
www.youtube.com/results?search_query=sssniperwolf
www.youtube.com/playlist?list=PLu1EDbVKu3wc-5PfiLR8HeHlSYivCn73k
www.youtube.com/playlist?list=PLu1EDbVKu3wc-iVxn4PUO8yXfQTQU_Iuq
Sign in to follow this
Followers 0