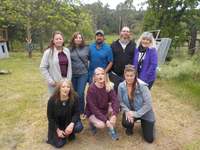 
PARANORMAL INVESTIGATION:
Date to be there: 4/24/2021 Saturday.  Time to be there: 6pm.  Address to be at: Loomis, CA.  Contact Person: Deborah Coleman - Baughman.

WHAT THE CLIENT SAYS IS HAPPENING (IN HER OWN WORDS):

Let me just give you some tidbits of what's been going on some things that have been happening and let's just say a really interesting s***.  The barn we've had construction on began with this property for close to two years now, plus not to mention the the abandoned property next to ours someone bought it and has been cleaning it up for the past 4 years and all I got to say is holy s*** the Indians have been gone for four years, but just as about 6 months ago it started back up again, it starts at 3 in the morning.  You can hear banging on the house and noises that sound like whooping and hollering I don't think its evil or trying to hurt me, but I believe he's trying to warn me about something. Special Note: Deborah's home is built on Indian burial ground.  I believe my property is cursed.  I am 100% sure my property is completely cursed. We still have the little girl ghost around, she's desperate to find her grave and we have attempted to locate the grave.  We had different psychics come out and we had one psychic come out and attempted to locate the grave, but ran into some resistance.  The little girl ghost has responded well to my daughter.  Let's go to the barn so the people that used to own this place the ones who built it the wife recently passed away in a horrific accident in Kansas one week after she died or within a week that she had died her wedding photo portrait wound up on my dining room table I had never seen, it was not in my house it was not in my barn, but it showed up on my dining room table.  I don't know how that happened but it did we put it away and it showed up again, I knew the owners that built our house very well and the woman, the wife she was a friend of mine and I loved her very dearly and to find her wedding portrait really put me in tears she was a very nice lady and she didn't deserve what she got. We still have lanterns in the middle of the night walking around the property, all go out there to investigate and there's no one there. As for my the abandoned property my neighbors he has s*** just weird s*** cuz ever since he's been trying to fix it up to sell it which he ended up selling it been, there has been very weird stuff going on over there again items just showing up that weren't there before no one has ever seen anything like it and it showing up I mean there's nothing really malicious just some here and there.  However I have pictures.  I get pictures of a pink apparition.  The pictures are everywhere, we shouldn't be getting pictures of a pink apparition, but the pink apparition is seen in photos all around my property.  It's not my camera is not the light it is absolutely some woman in pink, I can send you those pictures if you like.  It's just like "wow"..... we have animals, we have all kinds of cleansings that we have done.  We used sage, Palo Santo wood, we cleansed the barn, we smudged the black trailer on our property and nothing works.  Sometimes we're burning sage or Palo Santo wood and we walk away for a second and it's gone, not burnt just gone and another part of the barn and it's just really weird we've had our our butts grabbed we've had someone push us, slap us in the barn, cuz I turned it into my workshop and let's just say damn black shadows every where.  Of course orbs are seen everywhere too.  We get pink orbs the size of a person in our photos, it looks like a dancing ballerina in purple all over my property doesn't matter where we are we'll take a picture and you'll see it so I'll send some pictures but yes this is escalated cuz they're there were building on the property and ever since then it's just been going nuts I think you would benefit in coming out here to just do a small investigation just to get a Baseline you won't be disappointed trust me you really will find all kinds of evidence.  It's crazy with activity.   Sometimes when I am in bed, I hear full on disembodied conversations.  I place things in the barn and the next day the things I placed in the barn are moved outside. 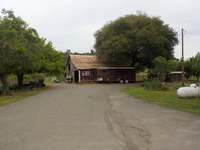 THE DREAMS
Before we even arrived at this house, all week long, strange things have been happening with me and Deanna.  Deanna had 3 dreams about the investigation and everything lead her into Hell and facing the devil.  These nightmares were so bad, that she woke up from the nightmares and couldn't get back to sleep.  Deanna would also see a very large male shadow standing over the bed, after she awoke from her nightmares.  Then on Friday, 4/23/2021 the night before the investigation I had a strange vivid dream about the investigation.  In the dream, I was unable to talk to my investigators to give them instructions.  Then at some point of time, I had to go into the house and fall asleep.  When I awoke my investigators were already investigating and told me not to worry about giving them instructions, they know what to do.  I then got my voice back and said..."let's all do a group shot".  Everyone got together for the group shot and then I realized my camera did not have a SIM card for the camera.  I told the group, I would go inside and get one, when I came back out, everyone was already investigating and no one wanted to do a group shot and I was basically shunned for not being a good lead investigator for the group.
HPI PARANORMAL INVESTIGATORS (ROLL CALL)
Paul Dale Roberts - HPI Co-Owner; Deanna Jaxine Stinson - HPI Co-Owner - Psychic Medium; Matt n' Michelle Mesa; Shawna Young & Robert; Robin, Patricia and others.
THE INVESTIGATION:
On the start of the investigation, Michelle felt nauseated.  Michelle has psychic abilities and may have felt the effects of the paranormal atmosphere of the barn.  Shawna felt a presence on the 2nd floor of the barn and we were able to get an EVP of a man talking.  Deanna picked up on a little Maidu Indian boy near the rocks that were used as grinding stones for acorns.  We obtained a clear EVP that sounded like it said Ishu Ashu.  Heather Colburn who was on the live feed that Deanna was sending out, feels it was some sort of greeting, possibly in the Maidu language.  I googled the words and found Ishu, but it wasn't Maidu Indian, it was Hinduism and it means:  angel sweet lovely beautiful.  Deanna picked up on the Lady in Pink near a pink flower on a tree and we actually did obtain an EVP of a woman talking.  This possibly could be the Lady in Pink.  There is definitely a lot of animal spirits on the property.  The psychics on the team were picking up on animal spirits and spirits of people.  I felt a burning sensation on my leg and thought nothing of it, but when I got home, I had three red marks on my right leg.  The burning sensation occurred when Deanna picked up on a little Maidu Indian boy. Perhaps he didn't like me?  Hmmm. 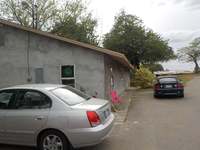 HISTORY OF THE HOME:
The barn is a 100 years old and at one time on the 2nd floor a pentagram was drawn on the floor.  During out first investigation, an investigator in training was severely attacked by an entity and went into convulsions and was sent home immediately.  3 investigators came across 4 shadow people crossing the trail.  Wells Fargo Stagecoach made a stop on this property back in the 1800s.  There is rumor that there is treasure buried on this property and the outlaw bandit Black Bart would frequent this area, he was a well known stagecoach robber.  A previous owner of this property died in the barn and the Lost Girl of Loomis, there are rumors that she died on this property.  She drowned in a pond and is buried somewhere on this property.
NOW TO SOMETHING ELSE, I JUST GOT THIS REPORT:
UFO REPORT
felixgarc0101
Witness Name:  Felix Garcia
Location of Sighting: Yuba City, CA
Date of event: 04/18/20201
Time & Day of Event: Saturday 9:00pm-9:05pm

As I was driving north of highway 99.Toward Gridley CA I had just passed Live Oak CA.I was in the section of the highway between Live Oak and Gridley on the highway which had no source of light on the section the only available light source was the light from my headlights.I had looked to my left and I saw lights different from the ones on a common aircraft they consisted of red yellow and blue.This object that I could not identify flew at a low altitude.With closer examination the object appeared to be shaped like a diamond after further realization I had concluded the fact that this is possibly a UFO The mysterious object moved slowly left to right which was west to east about 30 yards out and 5 to 10 feet off the ground.As I glanced to the right it continued east and faded into the distance. This is the best I can recall of this incident -Felix Garcia Sr.
Sign in to follow this
Followers 0