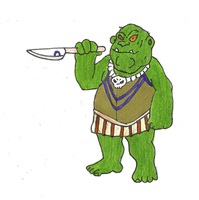 VIDEOS FROM THE INVESTIGATION:
ring.com/share/13ac8238-4a8c-469a-b5da-adf346c6f84a  (Entity Caught on Camera)
ring.com/share/d493497e-790f-4e64-9d78-f2704850c7e1 (Entity Caught on Camera)
www.youtube.com/watch?v=1JXOQKjTfX4 (EVP)
www.youtube.com/watch?v=VLSUa3jtxEc (Spirit Box)
www.youtube.com/watch?v=7sg6un-_HZA (Spirit Box)
www.youtube.com/watch?v=3O0D0YmcJLQ (Class A EVP - Growl)
www.youtube.com/watch?v=SwNjTCPcPZU (The Briefing)
www.youtube.com/watch?v=hF2wpuW3his
www.youtube.com/watch?v=459g8WRVPo8 (Kinnect)
Wishfire's LIVE Videos on Facebook from this Investigation, can be found here:
*Snip*
HOUSE TROLLS
Before I get into the Saturday's (6/19/2021) paranormal investigation, let me tell you about a phone call I received from Tony Alva.  Tony says that he was fishing at Lake Winnebago, Wisconsin.  Tony while fishing noticed an old abandoned cabin off in the woods.  Tony was curious about this cabin and wanted to check it out after his fishing was over with.  As he approached this run down cabin, he noticed small, what appeared to be humanoids running around in the cabin. Thinking his eyes were playing tricks on him, he told his kids to wait at the opposite hillside for him.  Tony didn't want to take any chances, in case they were wild animals.  Tony felt safe, since he was carrying a .45.  When Tony got a clear view of the inside of the cabin, he saw 3 little troll creatures with hideous faces, long noses, snarly smiles and strange little outfits.  Special Note:  Tony did some researching and says that these creatures wore millstone collars and outfits that resembled something from the Renaissance period.  Tony said he was frozen in place as he watched the trolls and couldn't even move to get his .45.  As he watched the creatures, one of the creatures pulled out a knife and ran to the broken door entrance and screamed some garbled words at Tony.  Tony then high tailed it out of there and ran over to his kids.  They all took off towards their rented vehicle and got the heck out of there.  I asked Tony what he thought those creatures were and Tony says that they are "house trolls", the only way he could describe them.  He said they were 1 foot tall.  This incident happened in June of 2002.  I asked Tony why is he now reporting this incident on the paranormal hotline now?  Tony says his kids were watching Box Trolls and it brought back memories of this incident.  His kids did not see the trolls, but hearing their father talk about it, they thought it would be fun to watch Box Trolls.  Tony said it wasn't fun for him to watch the movie, because he feels traumatized from the experience and has no desire of going back to Wisconsin.  If anyone has ever experienced "house trolls", please contact me at *Snip*, I want to hear your story.  I am glad I received this call, because this is the 4th time I have heard about "house trolls".  We once received a call from a house in Rocklin that complained about troll creatures and another house in Rocklin that was haunted by the Menehune, which are sort of like trolls, but they originate from Hawaii.  There is something very strange happening in Rocklin.  Now to the investigation. 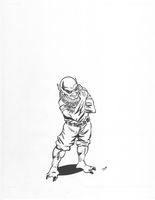 THE INVESTIGATION IN ROCKLIN, CA
Date to be there: June 19, 2021 Saturday / Time to be there: 7pm. Contact Person: Susan.  Case Number:  9B16H799K7667. Address: xxxx Greenbrae Road, Rocklin, CA - Ghost at 1:23am keeps setting off motion detector, they caught everything on video. When porch light came on, the activity stopped. Activity is strong.  The occupants are: Jim Ball, Susan Ball and their son Brandon Ball.  HPI Paranormal Investigators (Roll Call):  Deanna Jaxine Stinson aka Wishfire- Psychic Medium - HPI Co-Owner; Paul Dale Roberts - HPI Co-Owner; Alaceo "Big Al" Rosatano and Michael Ouilhon.  Equipment used: Kinnect; digital recorders; cameras; video cameras; spirit box; sound enhancers; EMF Readers; temperature gauges.
THE INVESTIGATION:
Wishfire detected a presence in the kitchen area as soon as I walked into the house.  I immediately attempted to get an EVP and I did get an EVP, it was a male voice saying "hello".
Wishfire detected a little boy in the house and come to find out, Susan Ball says that her neighbor's home is haunted by a little boy.  So it appears that the little boy goes from one house to another.  This house may have "house trolls", because Wishfire kept seeing little dark figures moving about in the bedroom.  At one point of time, I thought I saw a little figure peeking behind the closet door.  But was it my eyes playing tricks on me?  Jim Ball caught an entity by the front door and you can see the videos on top of this article.  The strange figure in the video almost looks like a sprite or a fairy.  Very odd.  This figure keeps appearing on his door bell video camera almost on a nightly basis.  Wishfire detected a woman who was very sad in the bathroom and I captured an EVP that was a woman's voice saying..."I'm here".  Wishfire when in the patio area saw a man and a woman sitting on the lounge chairs and Michael's kinnect showed a figure sitting on the chair, as soon as Wishfire  detected the 2 entities.  The Balls used to raise rabbits and Wishfire believes it's a rabbit spirit that is being captured at the door bell video.  Wishfire detected a black rabbit moving across the floor and Susan Ball verified that they had a black rabbit named Bonnie that died and felt Wishfire saw Bonnie.  Wishfire detected a lot of animal (rabbit) spirit energy at this home.   There is a rock quarry near this home and a murder of a woman occurred at this rock quarry.  Another note, is that a rock quarry is known to be haunted, because of the injuries and deaths that occurred at a rock quarry.  There is a lot of residual and intelligent energy that can be found at a rock quarry.

CONCLUSION:
It was determined that this home is indeed haunted by ghosts and by possible elemental entities.
THE OTHER HOUSE TROLL IN ROCKLIN:
Going through my archives, I discovered an earlier investigation I conducted in Rocklin, that involved "trolls".  Manny Rideout of Lincoln, who used to live in Rocklin said that he kept seeing black figures moving about in his house.  He would be watching TV and he could see his kitchen from the living room.  He would see with his peripheral vision a black humanoid figure moving from the hallway across the kitchen floor.  He saw this many times over.  One night, he held onto his hammer and when he saw the black figurine run across the kitchen floor he got up from the couch and chased the creature.  When he approached the creature, it actually punched him in the  stomach.  The punch was so hard, Manny fell to the floor.  Manny said that the creature had a long nose and a very ugly wrinkled face.  Manny said the creature also was wearing some funny clothes and an odd shaped hat.  Manny said it looked like a troll from a child's book.  I blessed this home, but the  haunting of the troll continued and Manny moved to Lincoln, Ca.  I can only wonder if the nearby rock quarries have anything to do with the presence of trolls?
Sign in to follow this
Followers 0