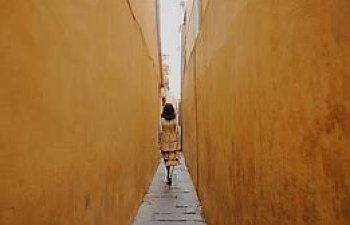 Narrow Gate
What we truly love, no matter what
will, in the end,
demand everything,
there is always a narrow gate
to pass through-Br.MD