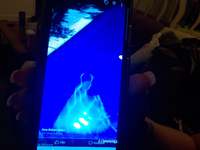 VIDEOS FROM THE GRIDLEY CASE:
www.youtube.com/watch?v=31-haao2dmY
www.youtube.com/watch?v=awfpGNxCM8Q&feature=youtu.be
www.youtube.com/watch?v=vhGvTU6y2ug&feature=youtu.be
www.youtube.com/watch?v=PSH_qvJiQlI    (The Briefing)
INITIAL REPORT:
EMERGENCY PARANORMAL INVESTIGATION
Date to be there: December 26, 2021, Sunday. Time to be there: 6pm. Address to be at: Gridley, CA. Contact Person: Amy Brimm Miller. Case Number 5P30H282E039C9. Activity: Extreme demonic activity. The demon is telling Amy to kill herself.  Amy's son and brother passed away, they were in a deadly car crash, a big rig slammed into them. Amy's son had a premonition that he would not live to see his 20th birthday and he died before his birthday. Amy feels spiritually attacked in her home. One time, an entity placed a pressure point on her foot and almost made her fall. Sometimes she feels sexually assaulted by an entity, or feels weird vibrations throughout her body. They have seen shadow people in their home and have taken photos and video footage of the shadow people. 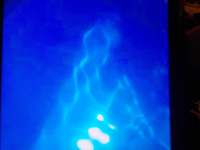 THE INVESTIGATION:
Deanna Jaxine Stinson aka Wish and I, made a full sweep of the house, seeing if we can get any anomalies in our photographs and videos.  We also attempted to get some EVPs.  Things that are happening in this home, are disclosed at the video above in my briefing with the occupant Amy Brimm Miller.  Deanna, our psychic medium picked up on some of the entities in the home and picked up on Amy's ex-husband's deceased mother.  Deanna was able to describe her.
THE STRANGE SYNCHRONICITY
I have been on over 2,500 cases.  A lot of my cases are demonic in nature.  What I noticed is that most demonic cases, the occupants will tell me that they see demonic faces in their carpet, or they see demonic faces on the walls, etc.  Is this a form of pareidolia or are they really seeing demonic faces in their bath towels, carpets, windows, walls, couches, etc.? It's so strange that this happens on most demonic cases. In one demonic case I had in Pleasanton, the occupant was seeing demonic faces in his stucco wall and he would point out the mouth, nose and eyes on the pattern of stucco.  in our Gridley case, I was not able to see any demonic faces in the occupant's carpet.  When we did an EVP sweep, I did manage to get one EVP of a male voice saying "go home".  The "go home" was actually a polite male voice saying it and we captured this voice in one of the bedrooms.

THE CLEANSING:
Deanna left a care package of sage and healing candles for Amy.   I gave Amy a full submersion baptism in her hot tub.  A full submersion baptism is a basic form of exorcism and if you have an attachment, the attachment will immediately leave....well, in most cases, please read on.  I also conducted a Roman Catholic house blessing to chase out the entities.  I have about an 80 percent success rate in my cleansing and my baptisms.  In this case, I was not successful.  So, now I will go with Plan B.  Plan B, I will now bring in a shaman to assist Amy and hopefully that will work.  If not, I have a Plan C, Plan D and even a Plan E.  God bless Amy and I hope her torment from these demons will soon be vanquished.  Special Note: When I did the cleansing, Amy told me that good spirits, like her son and brother can stay, but anything negative had to leave. 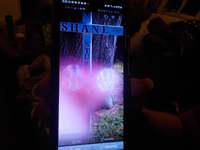 A POSSIBLE REASON WHY THIS HOME IS HAUNTED:
There is a cemetery right down the street.  The Maidu Indians settled on this land in Butte County.  There were Spanish and Mexican expeditions in this area.  Many settlers had skirmishes with the Maidu Indians and many Maidu Indians lost their lives in these skirmishes.  The Oregon and California railroad was built near this area and many Chinese laborers on the railroad died from exhaustion.  Deanna detected a portal in one of the  bedrooms and perhaps Amy's brother and son came through that portal and following Amy's son and brother, were some negative entities.  These are all possibilities.

MESSAGE FROM AMY:
After the investigation, I received this message from Amy on Facebook:  "Hi Paul, so since you've left they started this hypocrite higher than I've ever heard I have a migraine they won't stop and I do believe my son is in a lot of control of this I want him to leave and I don't know how to make him leave none none of them believe me alone".  My Thoughts:  I believe what Amy is trying to convey here is that the entities are making a high pitch sound, which is causing  her to have a migraine.  The entities are still tormenting her.  That is where Plan B comes into focus.
Share
Followers 0