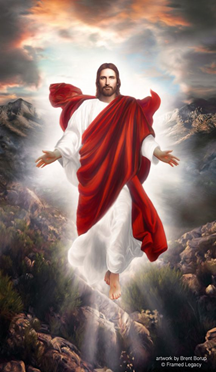 There are two camps, we must choose

“Love is not selfish. Love never calculates. It hastens to help. In heaven there is nothing but love.
And I bring it to the earth, whereas the Evil one sows hatred. There are two camps—choose.
And if you choose love, don’t remain shy and on the outskirts, as it were. Enter into the arena with the strong ones.

“Wetiko”, is a Native-American concept based on man’s inner tendency towards violence and evil. Some call it a mind virus. A force, which can over time, destroy our humanity and makes us into selfish monsters. It is the opposite of ‘love’, or ‘community’, but seeks to feed off of those who are good but have deep inner wounds that make them susceptible to being oppressed. It has a lot to do with the thoughts that go on in our minds. Thought can lead to
action. Actions that are deadly and lethal.

All cultures talk of evil as if it were a living entity that is filled with hatred for the human race. Christianity has its own version, but not really much different in many ways. We call it demonic. Beings incapable of love, or truth, and only want to spread pain, fear, havoc, and death, and even to the ownership of one’s soul. These beliefs are not pleasant, but I believe that they should be taken seriously. One of the weaknesses of the New Age I believe, is their underestimating the reality of evil. Or if they do accept it, many think they can control it through magic. I believe that is a big mistake. I have some New Age friends and love them deeply. Gloria is one of them. To meet Gloria is to find a woman of deep faith, a faith that puts me to shame. God is at work everywhere, but again, the demonic should be taken seriously but not obsessed over.

The Catholic Church has had thousands of years of experience with the reality of the demonic. I would say that most people, and that would include believers, have a hard time believing in this sort of thing. If they do not practice their faith, pray, and receive the sacraments, they can leave themselves open to oppression, infestation, and even in rare cases, actual possession. People of any religion should practice the devotions and prayers asked of them. This leads to a deeper and more expansive, trusting, relationship with God. A loving grace-filled heart is a true antidote to the demonic. It is grace, not our own strength that defeats evil in all of its forms.

Exorcists live in a lonely world where they have to face this reality over and over again. The demonic is intelligent, though insane. To cut oneself off from God is an act of insanity that is unparalleled. There are no demons who are atheists. They live in a much broader world where the reality of God can’t be denied like it can be here in this world of ‘not knowing". The reality we think is real is in reality a very small pond, yet connected and part of the vaster, infinite reality.

There are two camps, we must choose. Even unbelievers who may laugh at such things do choose in their own way. As Jesus said, you judge a tree by its fruits. A good man will bring forth good fruit, an evil man evil fruit. Any act that is not loving, but fueled by hatred, is evil. Love covers a multitude of sins. We are judged by love, on our ability to love.-BrMD