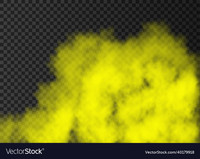 In 1973, I joined the Army.  I took my basic training in Fort Ord, California and AIT (Advanced Individual Training) training in Fort Jackson, South Carolina and Fort Leonard Wood, Missouri.  I arrived in Nurnberg, Germany in 1974.  During my stint in Germany, I first started working at Merrill Barracks as a Morning Clerk and Dayroom Orderly, but in reality, I was working undercover narcotics for C.I.D. (Criminal Investigation Division) D.S.T. (Drug Suppression Team).  After several narcotic busts at Merrill Barracks and more US Army barracks in Furth, I was sent on undercover assignments throughout Germany.  My code name was Porkchops.  Most CID undercover operatives lived in the basement of the CID headquarters.  I lived there for a while with operatives that had code names like Fuggenetti aka Fuggi; Taco; Fast Eddy Eisenburg; Big Mac aka Special Agent McFarland; Hard Ass White aka Special Agent White; Doctor Love and many others  that came in and out.  At times things would  get too crowded in the basement under CID headquarters, a place we called "The Hole".  I finally decided to move out and rent my own little bachelor pad in Furth with my buddy Wayne Johnson.  Special Note: When I got out of the Army in 1976, Wayne Johnson moved temporarily to Sacramento, to live with me in an apartment on W Street in Sacramento.   When Wayne Johnson and I, moved into our new bachelor pad in Furth, our landlord warned us of a strange yellow mist that would appear in the back garden.  People who encountered the yellow mist would get a rash on parts of their body. The landlord had no explanation for the yellow mist and thought it was some kind of pesticide that was being dropped over areas of Furth.  The landlord explained to us that the yellow mist would appear in the garden about once every year.  I talked to some of the neighbors about this yellow mist and 2 of my neighbors said that they encountered it.  Heidi Muller claimed she was watering the plants outside and the yellow mist appeared out of nowhere and approached her.  The yellow mist glided by her and touched her right arm.  The yellow mist turned a corner, as if it were intelligent and knew where it was going.  The yellow mist then seemed to dissipate and finally disappeared.  The next day Heidi had a red itchy patch on her right arm. Heidi had a theory about the yellow mist and felt it was something placed upon Furth by extraterrestrials.  I asked Heidi what was her reasoning on that and she said that her neighbor named Tobias also once encountered the yellow mist, but in another part of Furth and when the yellow mist faded out of sight, he looked in the sky and saw a yellow globe in the sky.  The globe hovered for about 30 seconds and sped away at a high rate of speed.  Heidi feels this has probably been going on for a long time. She feels that extraterrestrials are manipulating our DNA through this mist and it all started on April 14, 1561.  In 1974, I was unaware of the UFO incident of  1561.  In 1561, Nurnberg residents saw a spectacular display of UFOs in the sky and it appeared that UFOs in the shape of crosses, globes, cigar shape tubes, arrows, spears, triangles and crescents were having an aerial battle in the sky.  Some of these UFOs actually crashed into the Earth, but no evidence of any crashed UFOs were found.  This historical event was drawn onto a woodcut broadsheet.  There were hundreds of witnesses to this event.  Heidi believes whoever the winner was, they are now monitoring the people of Nurnberg and Furth and using Nurnberg and Furth as a testing ground for DNA manipulation.   While living in Furth, Germany, I never witnessed the yellow mist phenomena, but did meet other German residents that encountered this high strangeness.  In 1976, after leaving Germany, I was stationed for a few months in Fort Hood, Texas and was part of General Patton's 2nd AD Hell on Wheels, and got to experience firing a machine gun on top of a M18 Hellcat Tank Destroyer as we moved out on bivouac. Special Note: My commanding officer was General Patton's son, who once commented that I shined my boots with a Hershey bar. For 3 years, I had a break from the Army, then in 1979, I re-enlisted and found myself in Military Intelligence school at Fort Huachuca, Arizona.  My military adventure begins again, except now my code name is Hollywood and I am a 97 Bravo - Intelligence Analyst.