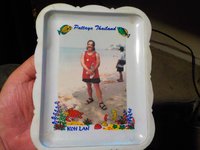 When I was a little boy I watched the movie "The Bridge on the River Kwai". I was captivated by this movie and couldn't comprehend how men could be so evil to their fellow men.  As I got older, I watched this movie again and I said to myself, that one day I will visit this bridge.  Below is what Wikipedia has to say about the movie: The Bridge on the River Kwai.   "The Bridge on the River Kwai is a 1957 epic war film directed by David Lean and based on the 1952 novel written by Pierre Boulle. Although the film uses the historical setting of the construction of the Burma Railway in 1942–1943, the plot and characters of Boulle's novel and the screenplay are almost entirely fictional. The cast includes William Holden, Alec Guinness, Jack Hawkins, and Sessue Hayakawa. It was initially scripted by screenwriter Carl Foreman, who was later replaced by Michael Wilson. Both writers had to work in secret, as they were on the Hollywood blacklist and had fled to the UK in order to continue working. As a result, Boulle, who did not speak English, was credited and received the Academy Award for Best Adapted Screenplay; many years later, Foreman and Wilson posthumously received the Academy Award. The Bridge on the River Kwai is now widely recognized as one of the greatest films ever made. It was the highest-grossing film of 1957 and received overwhelmingly positive reviews from critics." As you can see from the few lines describing this movie, why a movie like this would have such a strong impact on a small boy. This was a movie that after it ended, it would still stay on your mind days after.  I made it a point to head over to Thailand. I was determined to visit this infamous bridge.  I stayed in a nice hotel in Bangkok and marveled at the city nightlife.  I stopped at one bar, and they were playing "One Night in Bangkok" by Murray Head. I wasn't in Kansas anymore,  Bangkok is like something out of the movie "Big Trouble in Little China".  Bangkok is definitely an alien landscape and you can easily get lost in this surreal cityscape.  I can see why so many people retire in Thailand, the country is very beautiful.  As you adventure away from Bangkok, you can experience the jungles of Thailand, or the beautiful beaches of Thailand.  Some of the places I made stops at were Pattaya, Thailand where I learned how to para-sail.  Then enjoyed the serene beaches of Coral Island in Phuket. 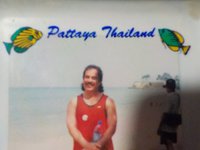 While I was enjoying myself in Thailand, I couldn't wait to visit The Bridge on the River Kwai.  This was one of my last destinations, before I flew back home.  Before I was a paranormal investigator, I had what I called "Para-curiosity".  I was very curious about the paranormal and it's because I was raised in a haunted house. With the dark history of The Bridge on the River Kwai, I knew that this place was haunted. The building of the bridge started on June 1942 and was completed on October 1943.   100,000 people died working on that bridge. 16,000 POWs and 90,000 Asians who slaved on that Bridge died.  The Burma Railway was known as the Death Railway.  The purpose of the railway was to bring supplies to the Japanese troops in Burma.  The 100,000 people that died at the WWII Thailand/Burma Railway died of torture, starvation and disease.  The hard torturous labor that they performed on this 255-mile railway.  They had to use simple tools. They had to endure the heat, clear the jungle under harsh conditions.  When I walked Khwae-Noi-Kwai Bridge I felt a deep feeling of dread.  The atmosphere of this place is thick with depression.  The torture and deaths were imprinted in the surrounding atmosphere.  Everyone in my tour group could feel it, you didn't need to be a psychic to feel it.  As I walked with my tour group and we looked at the realistic mannequins portraying the hard labor and torture, there were people who were feeling dizzy and sick. One lady had to excuse herself, she said she had to vomit.  As I diverted away from the tour group and explored on my own, I heard a disembodied voice say "I'm hungry".  Yes, there are ghosts at this bridge and there will be ghosts at this location until the end of times.  You can't erase the horror that occurred at this bridge. The next day I crossed over into Burma and the jungle was so loud.  If you ever been in a jungle, there are very loud insect sounds that resonate out of the jungle. Imagine that you are in an open field and you hear the sound of crickets and frogs. Amplify that sound 100-fold and you have the sound of the jungle.  Thailand has beauty, but it also has a historic dark side that still haunts me to this day. After Burma, I was ready to go home.