Are you ready my maggoty Nieces and Nephews? I bring you part two of my Halloween extravaganza. If my entertainment recommendations didn’t raise’ the dead then perchance what’s next just might raise the hair on the back of your neck. Let’s take the next leg of the journey but beware, if you stray from this path one of the featured beasties just might… nibble on your toes. I know, how horrifying would that be? Lets find out.

part 2 we’ll deal with critters, creeps, and creatures of myth and lore from around the world. You’ll meet fae, spirits, demons, all manner of things that go bump in the dark. These critters will be broken down by region and if your favorite doesn’t appear than you can do your due diligence and add them in the comments below.

(If posting any of these critters would be considered culturally insensitive than please by all means let me know and I will remove them.)

1) Abiko; Dahomey and Yuruha people - evil forest spirits that possess children and babies. They than drain the life essence from that child until they die.

2) Balo(y)i; night witches or warlocks. People who harm others using supernatural means. Only men can be moloyi, they are known as Moloki to the Bangala, Murozi in Burundi, Ndozi in Shaba. Night Witches or ‘Baloi Ba Bosigo’ act with malice aforethought, their ( women) spirit leaves their body at night when their husband is asleep to wreck havoc on others. A woman has to go through an initiation using a special medicine injected in to their bodies in order to become a night witch. Warlocks are the male equivalent of witches and both are far more vicious than their European counterpart.

3) Ndoki; Lingala, Angola, Congo, Zaire - a sorcerer (male or female) who can harm others by invisible means. They can also transform in to insects.

4j Nundu; Swahili, East Africa- “Nundu Mia Watu” in Swahili means ‘people eating Nundu’. They are depicted as being invisible. When they are seen they are described as a lion or leopard of giant size. They are as large as a hill and have a mouth like a cave. They are compared to epidemics because they also eat goats, cattle, trees, and crops. Unfortunately for the Nundu it is a very heavy walker and its mere walk can be heard for miles.

5) Tikoloshie (Transke(?)) - An incubus that appears in the form of a black dwarf, who is very well endowed. This entity has the power of invisibility. If a woman refuses his advances the Tikloshie will choke them (unclear if it’s to the death). If a woman gives birth to a child with a deformity they will be driven from the village for having ‘relations’ with the incubus.

6 Egypt - due to the amount of egyptology available to all here is just a minute listing. A) Bau - sent by the gods to punish some offender. B ) Sahekek - depicted as a naked child with a headache, he causes ailments and illness.

2) Aniwe; Ojibway (Canadian great lakes, sub arctic) - A giant monster Skunk who travels all over in search of humans to spray on to make them stink. A giant Fisher bird helped man catch Anwe kill him, when cremated, wherever Aniwe’s ashes fell that ash turned into a normal sized skunk.

3) Asin; Alsea (northwest coast)- A fearful monster girl who live in the woods and carries off unattended children. If a medicine person dreams of Asin she empowers them with bad medicine.

4) Bagucks; Ojibway, northeast subarctic. - A spirit of misfortune in the form of a bird skeleton. Due to their stubbornness whilst still alive and their refusal to eat they become a Bagucks in death. (Speculation: perhaps that’s why they cause misfortune on humans because they were to stubborn to believe they died due to their own actions.)

5) Big-Maneater; Alabama, southeast- a cannibal who, because of his poor hunting skills, orders his wife to amputate parts of her body for him to eat. When the wife escaped and fled to her brothers, who then kill Big-Maneater and cremate him. His ashes created bees, wasps, mosquitoes, flies, and crows.

6) Hanehwa; Seneca, northeast- A being made from flayed human skin, they never sleep and warn of strangers by giving three loud shouts. (Speculation: sounds like a supernatural watch dog)

7) Kiwahkw; Maliseet, Passamaquoddy, northeast- Cannibal  ice monsters created from the corpse of a witch killed by another witch. If the dead witches bidy doesn’t decompose they in turn transform in to the Kiwahkw. The female version is more powerful than the male version and the strength of their power is dependent on the size of its heart (their power is unclear at the time of my research).

8) Dzoayits; Shoshone, great basin- A cannibal  giant who stole doves two children. With the help of crane, chickadee, and weasel, the children are rescued.

10) Zoo-noo-qua; Kwakiuli, nw coast- An ugly giantess who steals children. She keeps her life spirit in a hole in the floor of her home. A successful strike to the life spirit will defeat her.

11) Tricksters - there are various trickster animals, gods, or cultural heroes in Native American lore. Though not particularly evil or bad, they make the list as characters who make poor life decisions that often effect others until the trickster gets their just deserts. Some of the popular tricksters I have come across are; coyote, bluejay, otter, spider, and old man Napi.

1) Bhuta; India, A ghost, imp, or evil spirit that haunts cemeteries. They are ghosts of men who died violently and now hate humanity. The Bhuta can enter a corpse and animate them to attack and devour humans.

2) Loha-Mukha; India- a race of men with an iron face and one foot that eats human meat.

3j Chu Pa-chiai; China- The pig fairy, usually rendered as Pigsey. The same Pigsey in the story Journey To The West. He was banished to earth by the jade emperor for making unwanted advances on his daughter. In pig form Chu Pa-chiai ate his pig mother and pig siblings as well as attacking humans with an iron rake.

5) Gong gong; China- evil spirit/ demon in the form of a black dragon that causes deluges.

6) Yuki-onna; Japan- evil spirit that appears as a young woman in silken traditional garb. She lures men into blizzards and in their desperation to find her freeze to death.

7) Kappa; Japan- A kappa (河童, "river-child") — also known as kawatarō (川太郎, "river-boy"), komahiki (駒引, "horse-puller"), with a boss called kawatora (川虎, "river-tiger") or suiko (水虎, "water-tiger") – is a reptiloid kami with similarities to yōkai found in traditional Japanese folklore. Kappa can become harmful when they are not respected as gods. They are typically depicted as green, human-like beings with webbed hands and feet and a turtle-like carapace on their back.

8)  Manananggal; Philippines- The manananggal is described as scary, often hideous, usually depicted as female, and always capable of severing its upper torso and sprouting huge bat-like wings to fly into the night in search of its victims. The word manananggal comes from the Tagalog word tanggal, which means "to remove" or "to separate", which literally translates as "remover" or "separator". In this case, "one who separates itself". The name also originates from an expression used for a severed torso.

1) Fideal; Scotland- A malignant demon that inhabits the water of Gair loch. She preyed on any mortal foolish enough to visit the loch alone.

4) Ellyll; Welsh- (Ellyllen - plural) Fiends or ghosts, the souls of druids that are destined to roam the earth until judgement.

5) Baba Yaga; Russian- (not V. Putins mom) Ogress or witch, a goddess of death. Her teeth and breasts are stone and she is prone to kidnapping children. In the Czech version these beings had the face of a woman, the body of a sow, and the legs of a horse. They lived in caves and plucked out the eyes of the humans they caught.

6) Bulla; Balkan- Albanian serpent demon, they open their eyes only once a year and eat whatever humans they see.

7) Cheval Mallet; France- an evil horse that tempts exhausted night travelers to ride. Once on the horse runs away and the person is never heard from again.

1) Ghoul; Arabian- a fiend or demon that preys on the dead.

2) Uttuku; Mesopatamian- Akkadian monster with the body of a man and the head and limbs of an animal. They became evil Sebettu who cause eclipses and other disasters.

3) Dendan; Arabian- A sea monster that died if it ever heard a human voice or touched human skin. (Conjecture- I suppose we would be the monsters to the Dendan.)

4) Jinnee; Arabian- also Djinn, ginn, and Jann. These were creatures made of fire who could assume different shapes. They had magic powers and can interbreed with humans. Some accounts they are described as half hyena, half wolf, with the power to take the shape of any animal.

These goons are real life baddies who have left their mark of notoriety on society. These killers will not get their pictures posted here, if you want more information on these baddies then that is on your time. 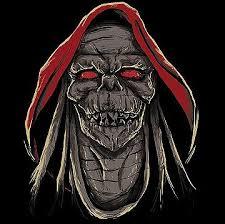 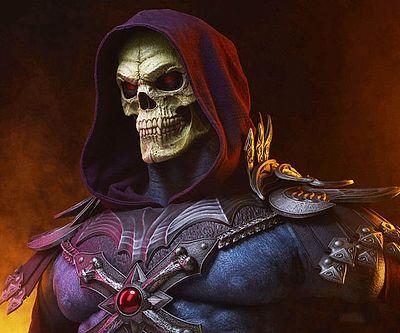 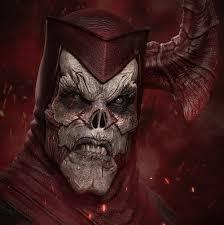 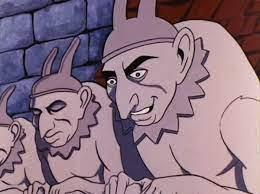 And last but not least the Scooby Doo ghosts. 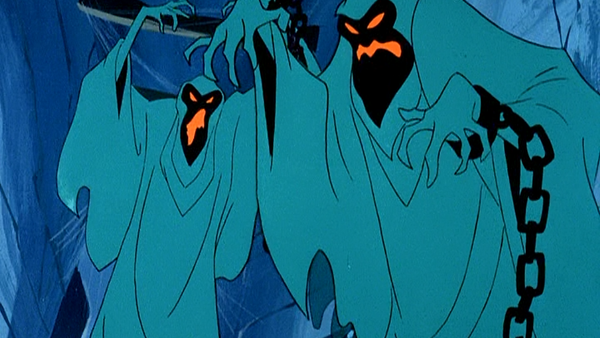 More music for your Halloween listening.

Edvard Grieg - In the hall of the mountain king

Edited October 8, 2022 by newbloodmoon
Gotta catch them all.