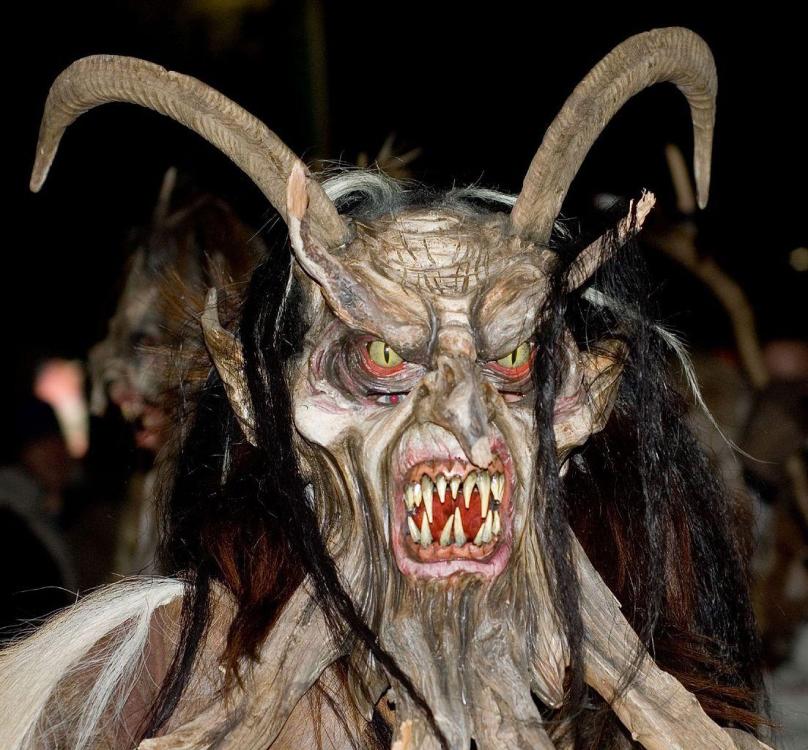 Sorry for the fright, Halloween is truly over. I would like to explore the darker side of Christmas with the German winter bogey named Krampus. But first, who or what is Krampus? At Britannica.com he is described as follows

Krampus, in central European popular legend, a half-goat, half-demon monster that punishes misbehaving children at Christmastime. He is the devilish companion of St. Nicholas. Krampus is believed to have originated in Germany, and his name derives from the German word Krampen, which means “claw.”

What a gruesome fellow indeed. My first introduction to Krampus was from a radio show called Ground Zero that is hosted by Clyde Lewis, which is very similar to the radio program called Coast To Coast that was created by the late Art Bell and now hosted predominantly by George Norrey. Both programs deal with aliens, the supernatural, and conspiracies. Listen at your own risk as many of their ideas are quite out there.

Meanwhile back to Krampus, he has been the subject of many B-H movies as well as the television show called Pagans Peak. These shows can be found on streaming sites like Netflix and others as well as to purchase at retail stores that still sell physical media. These shows range from “Okay” to “I hope those people got payed well cause any future acting gigs are now closed to them. Forever!” So if your looking for a goofy to gory movie for Christmas I will point you to anything Krampus.

Another popular television show that featured Krampus (at least by name) was Supernatural, season 3 episode 8 called “A very Supernatural Christmas”.

On Dec 5-6 in Terrenz Austria is the annual Krampus run. People dress up as this famous anti-clause and run through the streets.

Other Anti-Clause characters can be found below.

1) (Netherlands) Zwarte Piet or Black Peter. Traditionally a person would represent Black Peter by putting on black face, as of 2010 the character name has been changed by some to be soot Peter to be more culturally sensitive.

So the question I would like to pose is this. Do you think that Krampus was a good or cruel method to ensure your children’s good behavior throughout the year? To help answer that question I will post some older depictions of this anti-clause. 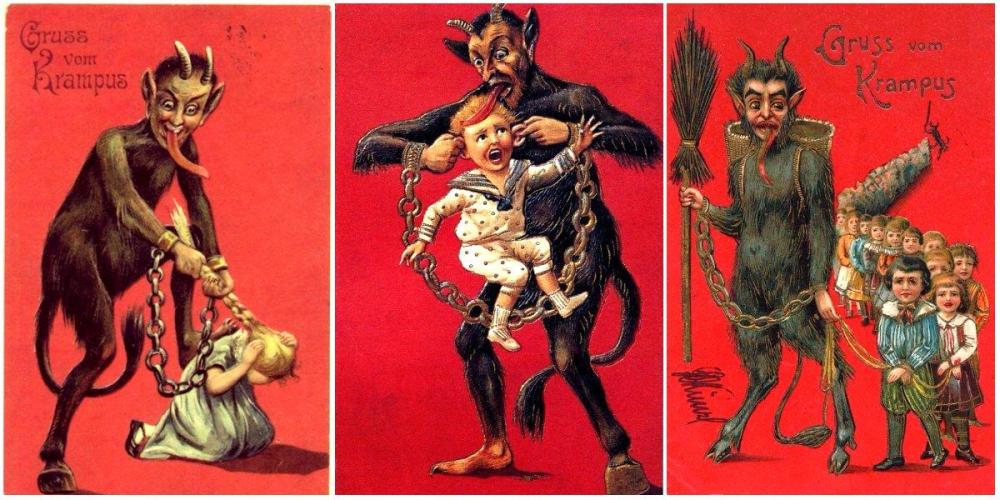 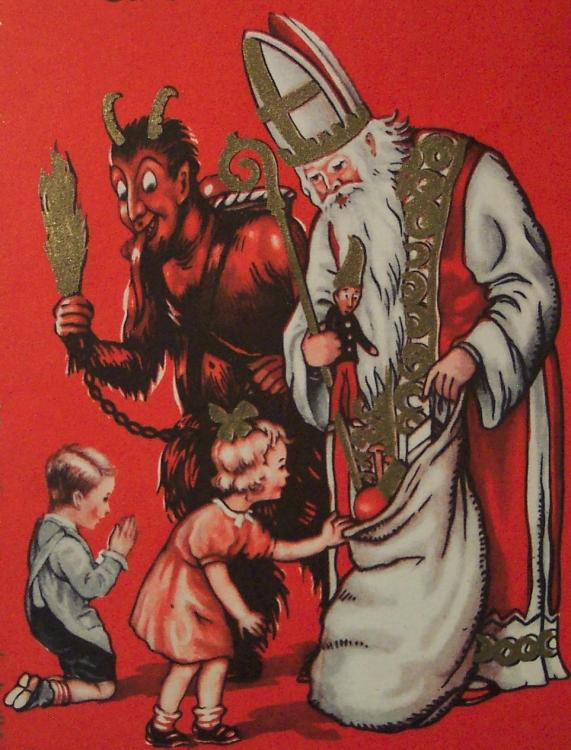