legend of the girl and her sheep 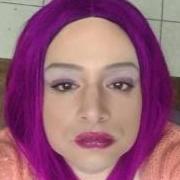 By CANDIDPETS,
September 1, 2008 in Cryptozoology, Myths and Legends