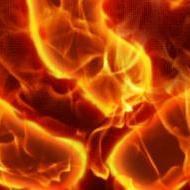 I share my story and beliefs. You are welcomed to give feedback, advice and share your exeperiences or ideas.

By FireSpinner, July 5, 2016 in Psychic Abilities