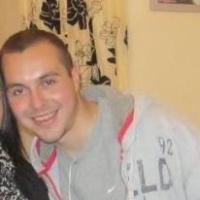 By Mick1990LFC, February 8, 2017 in Paranormal Television, Film, Podcasts and Radio