my friend asked me to ask on here about this strange picture he took of his car. 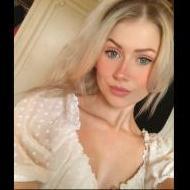 By XSAS_Daughter,
March 26, 2017 in Ghosts, Hauntings and The Paranormal