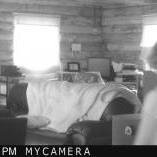 New to site trying to gain confidence to share my happenings